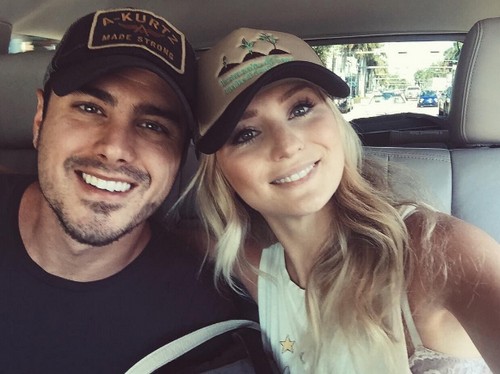 Bachelor 2016 Ben Higgins and his Season 20 winner Lauren Bushnell are not getting married, the couple has reportedly cancelled their wedding just five months after the Bachelor finale. Ben Higgins and Lauren Bushnell seemed to have the perfect relationship – until the final episodes of the reality show aired on ABC and Bushnell saw Ben profess his love to Jojo Fletcher and she realized she barely got an engagement ring.

Ever since then…it’s been down hill for the couple.

According to Life & Style Magazine, Lauren Bushnell is miserable living in Denver, Colorado with Bachelor Ben – and she has called off the wedding. The season 20 winner reportedly gave Ben an ultimatum – move to Los Angeles with her, or kiss their future goodbye. Since getting down on one knee, Ben has begun to doubt his feelings for Bushnell, so it’s unlikely that he will relocate just to save their relationship.

An inside source dished to Life & Style Magazine, “Lauren has been complaining to friends about how unhappy she is and how she has no purpose in Denver. She can’t see herself living there permanently so Lauren has called off the wedding until Ben agrees to move to LA!”

The insider went on to say that Ben Higgins has encouraged Lauren to look for a job and plant roots in Denver – but Bushnell is not willing to budge. Instead she would rather “sit around the house every day” which is a huge turn off for the former Bachelor.

In Lauren’s defense, Denver is a big change from sunny Los Angeles. But, she did swear up and down during the show that she wanted to start a life with Ben and did not care where. So, if she wasn’t actually ready to move to Denver, she should have stepped aside and let another woman have her chance who was serious about moving to Colorado.

Now that the wedding has been called off, do you think there is any hope for Ben and Lauren? Let us know what you think in the comments below!

#tbt to the day we got engaged and got to FaceTime our sweet parents to tell them the news!