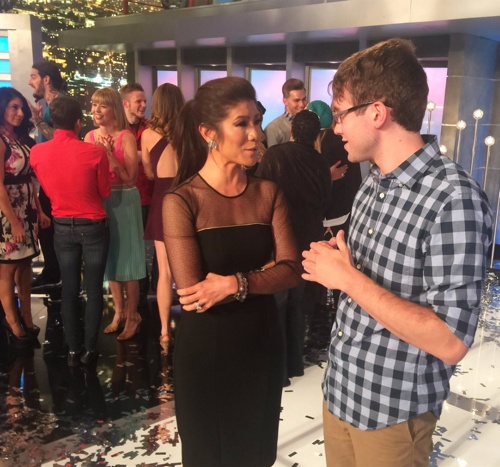 Big news is out that Big Brother 18 and CBS have decided to cancel the much anticipated live reveal scheduled for Monday, June 13 and instead make the announcement in a pre-recorded format on Tuesday, June 14 at 4pm EDT! According to Big Brother Twitter TPTB at BB18 decided to cancel the live announcement with all the new and returning all-star houseguests present and instead show interviews with Jeff Shroeder and a houseguest to CBSAllAccess subscribers. This way they can drag our the new cast reveal and keep the excitement going all week.

So the time hasn’t quite come for Big Brother fans to officially get the first look at BB18 houseguests. Jeff Schroeder  interviewed each houseguest and it is in this format that we will learn who comprises the new cast. Jeff gave the fans a sneak peak at who to root for and whom you [think] you may dislike. We all know from watching the show first impressions can be very deceiving.

Big Brother 18 has promised that this season will be different, and the HG should expect the unexpected.  The theme this season is international travel, and as a rare treat, CBS totally redid the house.

Big Brother 18 kicks off on June 22 with a two-hour premiere. We’ve been told to expect the unexpected and teased there will be twists and turns along the way. Never before have the producers of Big Brother been as secretive in the pre-season run-up to the show’s premiere – not only about the identity of the BB18 houseguests but also about the format of the game.

We do know that there will be an ‘All Stars’ versus Newbies theme – and we know that Frankie Grande is not playing. It’s been a rough few weeks anticipating who could be returning and what new faces we may see. The wait was worth it, and from the looks of the new cast, it will be an exciting 100-day summer.

All of the Big Brother 18 Cast names will be listed here as soon as they are available!

Jeff Schroeder will host Big Brother 18 live feeds and will interview the houseguests.  Once you know who is going to be living in the BB18 house, you will be ale to decide who you want to win and who you think may get picked off first? Stick with CDL for your “Big Brother 18” spoilers, news, and updates.

RT if you’re ready for the #BB18 Premiere! #CountdownToBB18 pic.twitter.com/ogUHtHS6uc