‘Days of Our Lives’ Spoilers: Theo Seeks Revenge, Tries To Gun Down Clyde With Disastrous Consequences 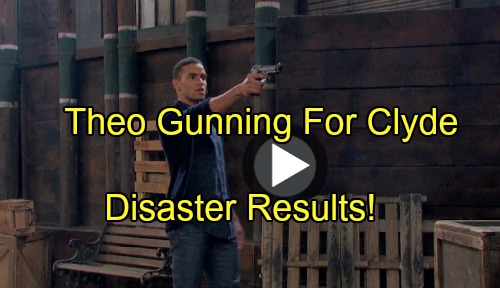 Days of Our Lives (DOOL) spoilers tease that Theo (Kyler Pettis) will be heartbroken over the condition Abe (James Reynolds) is in. He won’t understand how someone could do something so cruel. As Theo fears for his father, his desire for vengeance will grow. Theo will want Clyde (James Read) and his cohorts to pay the price for this atrocious act.

Of course, repaying violence with violence isn’t the solution to all of this. That’s especially true when you’re dealing with vicious convicts. Theo is just a sweet teen and he’s really not prepared to do battle with the terrible trio. He’s way out of his league.

Nevertheless, Days of Our Lives spoilers indicate that Theo won’t be able to control his impulses. He’ll keep thinking about what a horrible experience Abe had to endure. Theo doesn’t always know how to express his feelings, but actions speak louder than words. The normally lovable Theo is about to take a dark turn. 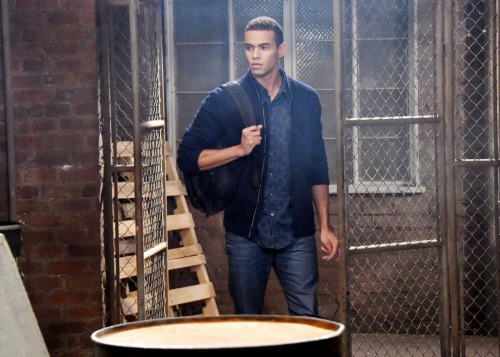 DOOL spoilers say Claire (Olivia Rose Keegan) will join Theo at the hospital. Later, Ciara (Vivian Jovanni) and Claire will realize that Theo has disappeared. They’ll immediately start texting Theo to make sure he’s OK. After what Claire has been through, they may think that Theo has been snatched.

Instead, Theo intends on willingly tracking down Clyde, Orpheus (George DelHoyo) and Xander (Paul Telfer). Ciara will have a chance to talk Theo out of it when she eventually catches up with him. Unfortunately, Theo won’t back off. He’ll want to take down this crew once and for all.

Days spoilers suggest that Theo will run into major problems on this revenge quest. These three villains aren’t afraid of some angry teenager. Will Theo get himself captured? Will he simply provoke another attack on Salem? Those are definitely possibilities to consider. 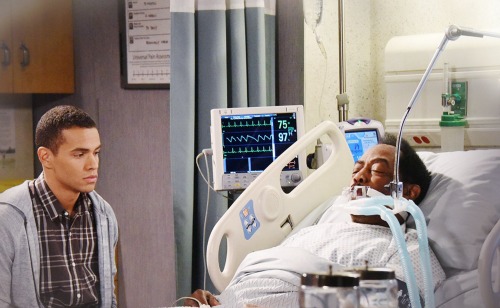 Whatever the case, it doesn’t look like Theo will get real revenge – at least not yet. Luckily, there will be other Salemites forming secret plots. The Kiriakis clan will come up with a few strategies to try. Steve (Stephen Nichols) and John (Drake Hogestyn) will have their own plan in place.

However, Days of Our Lives spoilers state that a DiMera will get in on the scheming. Chad (Billy Flynn) already had one encounter with Clyde and another one is coming soon. Before we get to their next faceoff, Chad will attempt to put a stop to the mayhem.

Days spoilers reveal that Chad will have a risky idea about how to catch the villains. Clyde went after Kate (Lauren Koslow) and now Theo is hurting thanks to the bullet he pumped in Abe. Chad knows Clyde could target Thomas, too. He’ll just want to prevent Clyde and his cronies from doing any more damage.

Who will finally end this reign of terror? We’ll give you updates as other news comes in. Stay tuned to DOOL and don’t forget to check CDL often for the latest Days of Our Lives spoilers, updates and news.