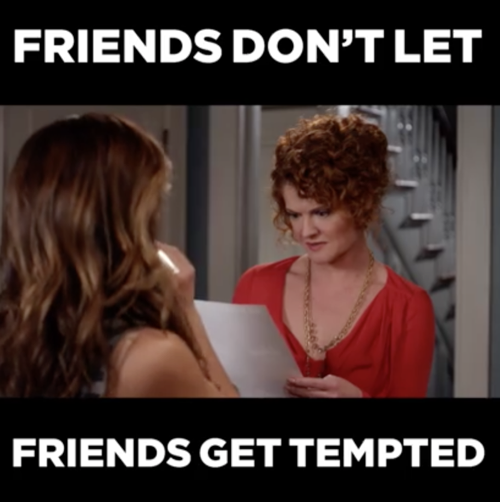 Tonight on Lifetime DEVIOUS MAIDS continues with an all new Monday, July 25 season 4 episode 8 called, “I Saw the Shine,” and we’ve got your Devious Maids recap down below! On tonight’s episode, Carmen’s (Roselyn Sanchez) caught in the middle of the Powell household; Genevieve (Susan Lucci) meddles with Marisol’s (Ana Ortiz) love life; and Rosie (Dania Ramirez) comes closer to discovering Peri’s (Mariana Klaveno) murderer after Shannon makes a confession

On the last episode, Rosie sought Genevieve’s help with her investigation of Peri’s murder, but things grew increasingly dangerous. Did you watch last week’s episode?  We’ve got a your Devious Maids recap right here for you.

On tonight’s episodes per the Lifetime “Carmen’s caught in the middle of the Powell household; Genevieve meddles with Marisol’s love life; and Rosie comes closer to discovering Peri’s murderer after Shannon makes a confession. Meanwhile, Zoila and Kyle receive unpleasant surprises.”

Tonight’s episode is going to be another fun one, which you won’t want to miss. So be sure to tune in for our live Devious Maids recap— tonight at 9PM EST! While you wait for the episode, share your comments about season 4 of Devious Maids below.

Tonight’s episode of Devious Maids kicks off at Evelyn and Adrian’s house – Evelyn has Carmen rearranging the furniture. She has divided their house in half, and Adrian is not happy to see that the bar is on Evelyn’s half of the house. Carmen is not thrilled about having to be the middle man between the warring couple.

Rosie goes out to lunch with Zola, she tells her that she followed Shannon to Kyle and Francis’ house. She warns Zoila that she thinks that Kyle and Francis are in a cult. Zoila tells Rosie not to worry about it, she is breaking up with Kyle anyway.

Shannon heads to Francis’ house and demands to know where Ben is – she shouts at Francis that the Circle promised to make her a star just like they did Peri. Francis says that Ben went out of town to do some work and won’t be returning, but she promises that Shannon is going to be a star, she’s going to be EVEN bigger than Peri.

Jesse shows up at Marisol’s house for round two. She whines that they have to stop this – it’s wrong. Jesse reminds her that Peter fired her off her own movie, and put work ahead of her. Marisol can’t argue with that and hops in to bed with Jesse again.

At Zoila’s house, or her fake house, she tells Kyle that they “need to talk.” Zoila says that they are moving too fast, and she doesn’t feel the romance between them anymore. Kyle totally misunderstands, and he has no intention of moving out. He says that he is going to step up his game and do whatever it takes to make her happy. Apparently, Kyle cant take a clue.

At Adrian’s house, he has put two and two together and realizes that Carmen helped Evelyn get back in to the house, Evelyn bribed her with jewelry. Adrian informs Carmen that she is fired, because she clearly isn’t on “Team Adrian.”

Jesse has his first personal training session … with Genevieve. She invites him out to dinner and for a night cap of “heavy petting.” But, Jesse turns her down, politely. He explains that he just started seeing his ex-girlfriend again (Marisol).

Meanwhile, Marisol heads out to lunch with Peter. He apologizes for the way that he treated her and says that he wants to make it up to her. He invites her on a weekend getaway to Hawaii, and says that he has cancelled all of his business meetings. Marisol agrees and says that they should start over fresh.

At Adrian’s house, things are getting messy. He is not happy that Evelyn hired Carmen to only clean her half of the house after he fired her. So, Adrian called Danni and invited her back to the mansion to clean his half of the house. Carmen is shocked to see her daughter returned.

At the prison, Rosie is trying to visit with Spence, but the guard won’t top hovering over her Rosie thinks that the prison guard is working for the Circle and spying on them. She and Spence decide to get married so that they can have conjugal visits and talk in private.

Zoila meet up with Genevieve for lunch. She tells Genevieve all about her problems with Kyle. Genevieve tells ZOila about her new trainer Jesse and learns that he is Marisol’s ex. Genevieve puts two and two together and realizes that Marisol has been seeing Jesse behind Peter’s back.

At the prison, Rosie and Spence are about to get married. Spence has second thoughts, he doesn’t want their wedding to be like this. Rosie insists that they say their “I Do’s,” and reminds Spence that they were in love before he was in prison. After they are married, Rosie and Spence get 30 minutes alone in a room together. Rosie wants to tell Spence that Tucker is not his son, but she chickens out and doesn’t have the heart to do it.

Jesse shows up at Marisol’s house. He tells her that Danni is back in town. Marisol tells Jesse not to tell Danni about them, because she is getting back together with Peter. Jesse is not impressed, he’s not like Marisol, and he doesn’t want to lie to Danni about what happened.

Carmen stops by Danni’s bedroom to talk to her, Danni says that she found he dad and his name is Lucas. She learned a lot of thing from Lucas, like that they were high school sweethearts and they were supposed to get married. Danni tells Carmen that Lucas is dead, and he died never knowing that he had a daughter, and it is all Carmen’s fault. Danni shouts that Carmen is “nothing to her” and storms out of the room.

Genevieve shows up at Peter’s office and says they need to talk. Genevieve apologizes for the childish feud that she had with Marisol. Then, Genevieve tells Peter that she heard that Marisol and Jesse got back together. Peter doesn’t believe her though, and he tells her Genevieve to stop spreading lies about Marisol.

Zoila shows up at Kyle’s house, she tells his mother Francis that she wants to break up with Kyle and get him out of her house. Francis says she wants Kyle to come home, but he won’t even speak to her. Zoila says that they should create a crisis so that Kyle has to come to his mother’s rescue, then she lights one of Francis’ curtains on fire with a candle that was burning nearby.

Zoila’s plan works like a charm and Kyle rushes over to his mom’s house when he sees the fire trucks arriving to put out the flaming curtain. Kyle agrees to move back in with his mother to look out for her. Zoila thinks it is a bit strange when Kyle and Francis won’t let the fire fighters up in to the attic to make sure that there was no damage.

Rosie returns home and Shannon is drunk and burning her books from The Circle. Rosie demands to know why Shannon was hiding the fact that Tucker wasn’t really Spence’s son. Shannon says that she kept it a secret for Peri because she didn’t cheat on Spence, she was raped by “some big wig in the movie business” and she never told Peri his name.

Evelyn finds Carmen crying in her room and looking through an old box. Carmen explains that Lucas died, and he was the first man that she ever loved, and the only man she ever loved. Evelyn sympathizes for Carmen and comforts her. Meanwhile, Adrian is busy hiring a private investigator to dig up some dirt on Evelyn’s new boyfriend Reverend Hamilton.

Jesse shows up at Marisol’s house – he tells her that it bothers him that she is with Peter. He wishes that he never should have broke up with her, and he wants her back. Marisol isn’t breaking up with Peter, she tells Jesse that he just has to accept that. Jesse leaves Marisol’s house – and Peter has a guy sitting outside his house, he calls and reports to Peter that Marisol’s ex was just there.

Carmen heads downstairs and gives Danni a ring that was Lucas’s, she says that he would have wanted her to have it. After Carmen leaves, Danni calls Lucas – who is still very much alive – and tells him that Carmen doesn’t want to see it.

Zoila and Rosie are on the phone plotting about sneaking in to Kyle and Francis’ attic to see if they can find out who Tucker’s real dad is, a woman marches in to the house and announces that her name is Fiona…she’s Zoila’s boss and she’s back.