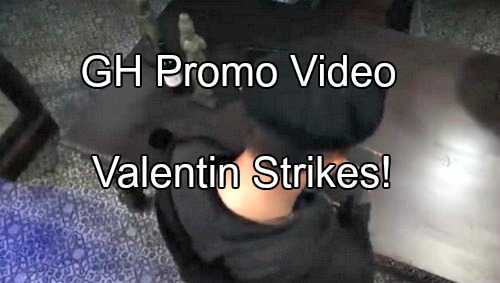 General Hospital (GH) spoilers from a new ABC video promo show that Jason Morgan (Billy Miller) and Sam Morgan (Kelly Monaco) decide to ditch Cassadine Island but want to make sure that Nikolas Cassadine (Nick Stabile) and Ava Jerome (Maura West) can’t follow, so they trap them. But Theo (James Patrick Stuart) closes in on all four and they won’t get far.

Jason is irritated once he realizes that Nikolas staged the blackout in order to get hold of his cell phone. Sam and Jason now have the evidence they need to exonerate Jason since they have photo evidence that Nikolas is alive. They decide that it’s time to skip out of Greece and get back to Port Charles, but things won’t go as they plan.

Stone Cold Jason feels large and in charge as he and Sam search Ava and Nik for the cell phone but Nikolas is able to shove it in his pants when Jason isn’t looking. Jason’s plan is take their shoes so that they can’t follow them and leave them trapped in the house in an upper room so they can’t creep out easily and follow them. 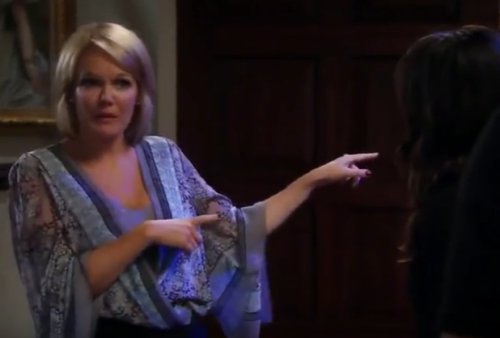 While Jason and Sam prepare to lock Ava and Nikolas in a room and flee, Theo, aka Valentin Cassadine, creeps into the house and is intent on finding out who is on the island where he’s been lurking and making revenge plans.

General Hospital spoilers from the video clearly show Theo staring at a page of the Cassadine family book and we see a dotted line off the family tree that indicates Valentin Cassadine is an illegitimate offspring of Mikkos, similar to Natasha (aka Alexis) and Kristina.

Sam notices the running lights of a boat and wonders if it’s their watercraft back for them. Jason is intent on hopping the boat no matter who is on it but says with the storm it can’t dock, so they grab up Ava and Nik’s shoes and take off out of the room to intercept the boat and leave the island. 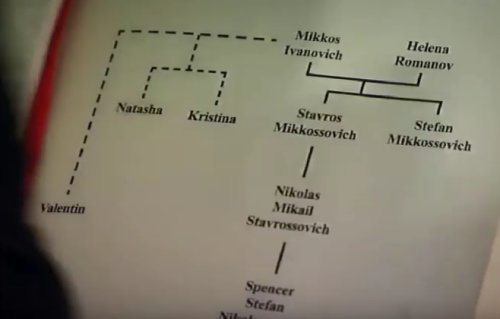 After Sam and Jason lock them in the room and leave, Ava asks Nikolas if the boat could be his “friends” coming to look for Nikolas. He had earlier implied to Jason and Sam that he had minions on call that would be there soon to deal with the island’s invaders.

Nikolas reveals to Ava that he was bluffing and says “nobody knows I’m here.” That’s not entirely true. In fact, Theo knows exactly who it is that’s on Cassadine Island and is coming to deal with them. What’s not clear is how long Theo himself has been on Cassadine Island.

Helena Cassadine (Constance Towers) was terrified of Valentin but if he showed up, she wouldn’t have been able to do anything about it. This points back to General Hospital spoilers revealed in the eerie portrait that Helena left for Nikolas. 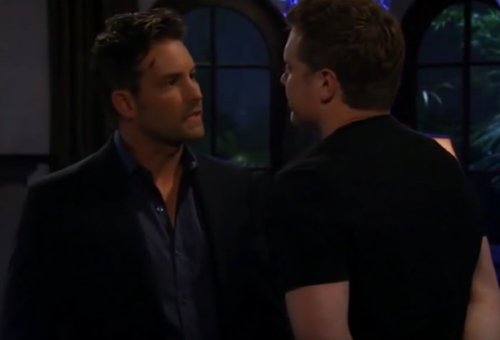 Remember the man reflected in the teapot? Was that Helena’s warning to Nikolas that his evil uncle was back and looking for revenge? Has Valentin been on the island since before Helena died? Did Theo/Valentin kill Helena?

Has Theo been there plotting revenge against the Cassadines only to have Nikolas wander randomly into his lair? More will be revealed on this storyline soon. Don’t miss a moment of the summer sweeps action on Cassadine Island.