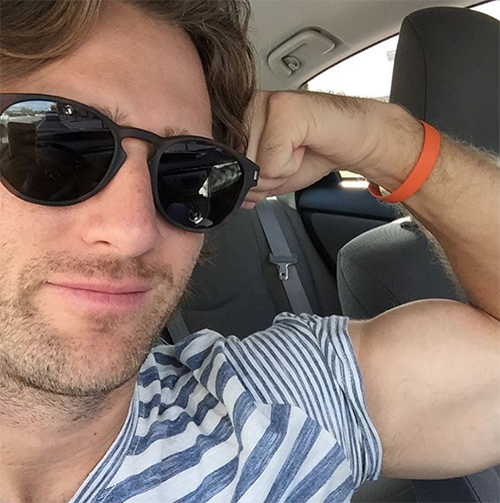 Is former Bachelor Juan Pablo Galavis joining The Bachelorette 2016? During the season finale of The Bachelor, Chris Harrison shocked fans by announcing that the Season 12 Bachelorette was Jojo Fletcher, NOT Caila Quinn. There were some outcries from disgruntled Caila fans on social media, but one person that was thrilled by the casting was former Bachelor Juan Pablo Galavis.

Juan Pablo joined the franchise in Season 9 of The Bachelorette when he dated Desiree Hartsock. Then, ABC tried to pull the diversity card by making him the next Bachelor – and first Latino Bachelor. It was a mess from day one, and fans were not impressed with the fact that ABC was pushing “diversity” with a blond haired, blue eyed Latino. To make matters worse, Juan Pablo turned out to be a total tool – he disrespected the girls on the show, refused to propose to winner Nikki Ferrell, and then dissed the entire franchise. He later appeared on ‘Couple’s Therapy’ on VH1 and continued to prove how much of a clown he really was.

When news broke that Jojo fletcher was the next Bachelorette, Juan Pablo took to Twitter to announce that he wanted to join the show because he liked the pictures that he saw of Jojo. Juan Pablo tweeted, “I have READ so MANY good things about JoJo in the past WEEKS that if she is the NEXT bachelorette, I MIGHT have to sign up AGAIN…” He then added, “I am #TeamJoJo and I have only SEEN her in like 20 pictures on my TWITTER… #SheCute.”

The Bachelorette producers are always looking for new gimmicks: casting the most hated Bachelor in history would definitely be a good publicity pull. They could spin it as Juan Pablo redeeming himself, proving he’s not a complete ass. But, Galavis probably shouldn’t count on that paycheck – because Chris Harrison absolutely despises the man, and has made him the butt of jokes for several seasons. And, honestly, after watching The Bachelor, would Jojo even give him the time of day?

What do you guys think? Will Juan Pablo pop up on Season 12 of The Bachelorette? Or has he lost his mind thinking the producers would ever give him that opportunity? Let us know what you think in the comments below!