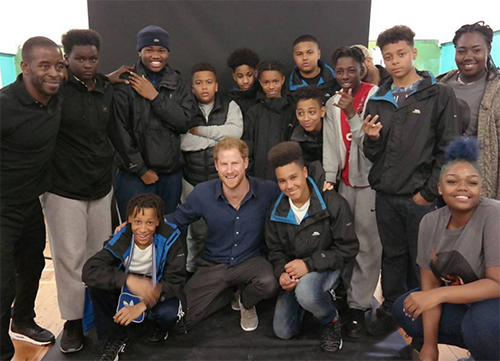 Could Kate Middleton be feeling furious over the fact that her brother-in-law, Prince Harry is stealing the royal spotlight from her and her husband Prince William? That’s what both fans and critics alike can’t help but wonder as Prince Harry’s popularity continues to rise as the public is shunning his dull brother, William.

According to the Daily Mail, Harry made quite the scene when he was greeted by very enthusiastic fans while opening a new police station in Nottingham, England this past week. Many locals were so excited to meet Harry that they brought some of his favorite treats and chocolates and even flowers for the young royal, leaving the Duchess wondering why her husband never receives the same kind of treatment Harry does during his solo engagements. Could it be because Harry comes off as more likeable and genuine and even more natural in public than the Duke and Duchess? Some critics would say that the answer is a definite yes.

It wouldn’t surprise anyone if Prince William and Kate Middleton were in fact jealous of not only Prince Harry’s natural ability to connect with the public, but his massive popularity everywhere he goes, too. Just like his mother Diana was once the ‘People’s Princess,” Harry is becoming the “People’s Prince,” with many even hinting that he would be an excellent future King of England, even though there’s very little chance of that ever happening.

On the other hand, stiff, awkward and dull Prince William and Kate Middleton do manage to generate big crowds wherever they go, but it’s nowhere as exciting or exhilarating as when Prince Harry is around. While the Duke and Duchess are often seen looking distant and awkward with one another, Prince Harry effortlessly reaches out to his fans with a huge smile on his face each and every time. It’s no wonder that he was mobbed in Nottingham with all of his eager admirers waiting hours in line to meet him. It’s pretty evident at this point that people want to meet Prince Harry, and not William and Kate. 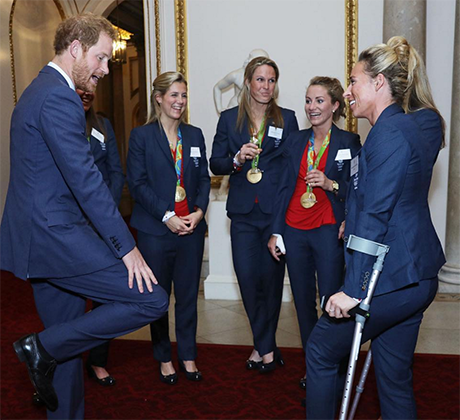 Sure, Kate might not admit it, but there’s a small chance that she might regret picking the wrong prince to marry. Could that also be a reason why Kate is feeling so jealous?

Do you think Kate Middleton is absolutely fuming that Prince Harry is more in demand these days than her husband Prince William? Let us know and don’t forget to check back with CDL for all the latest news on the royal family.

Prince Harry finds out how Coach Core apprentices are getting on during today’s visit to Nottingham’s National Ice Centre. Since Coach Core was established by the Royal Foundation of The Duke and Duchess of Cambridge and Prince Harry in 2012, nearly 100 young people have graduated with qualifications from the scheme in sports coaching and leadership.

Prince Harry has arrived in Nottingham on a tour to open the new police station and focus on young people and the community.