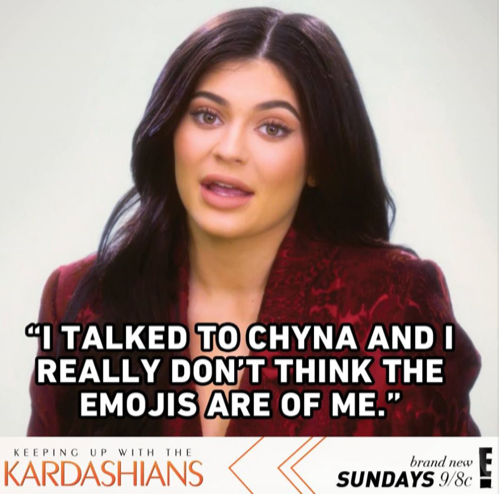 On the last episode, the Kardashian trip to Cuba continued. Included: A disagreement resulted from Kim’s commitment to her work engagements on Mother’s Day. Did you watch last week’s episode? If you missed it, we have a full and detailed Keeping Up With The Kardashians recap right here for you.

On tonight’s episode per the E! synopsis “peace is short-lived in the Kardashian family after Chyna launches an app that Rob’s relatives find questionable. Meanwhile, Scott spends his time trying to prove that Kourtney is faking her allergies.”

There was some tension in the family. Khloe for instance hadn’t gone to celebrate Mother’s Day with her mother Kris because she hadn’t felt ready to see her brother Rob yet and she knew he was going to be there. So she had sorta given him that holiday in order not to cause a scene. But later Khloe and Kourtney discussed what did happen on Mother’s Day with Kim’s best friend Jonathan. Jonathan had wanted to get the low-down on whether or not it was awkward with Blac Chyna there as Rob’s fiancée to celebrate the holidays with them and so Kourtney had to dish.

Kourtney however, didn’t have a problem with her brother or even Blac Chyna. She said the other woman hadn’t overdone things and she had also brought along her own son. So it was not that awkward and all the mothers got to enjoy their day. Which was a good thing because it showed that were all making an effort to make their “unique” family work. Yet, while everyone thought they were moving in a great direction, Blac Chyna eventually mentioned that she came up with a Chymoji App. Blac Chyna had personally told Kim about it so it’s not like she was just trying to rip off an idea and she had also told Kim that she had actually vetoed a Chymoji that might have been offensive.

That chymoji had been of a leg kicking tiger so Blac Chyna had vetoed it because she didn’t want people to assume she was referencing her ex Tyga. So that given Kim some insight. Kim ended up telling Kortney that Blac Chyna was really cool about everything and that she had full control of the chymoji as if she was personally running things. And, well, that gave off an impression. Both Kim and Kourtney then thought that Blac Chyna was completely in charge of her Chymoji App and that nothing went ahead without her expressed approval so they were a little surprised to see her chymoji with her their sister Kylie. That chymoji showed what appeared to be Blac Chyna slapping Kylie so naturally that had set Kourtney off.

Kourtney felt like that was a step back and she was confused about why Blac Chyna would stir up drama right as things were calming down. So Kourtney had called Rob because that chymoji had made her question Blac Chyna’s intentions and she needed to yell at someone because she couldn’t yell at a pregnant woman. But Rob simply couldn’t understand where his sister was coming from. Kourtney had told Rob that the image of their youngest sister getting slapped was out of line and in return Rob had actually gotten upset with her. Almost as if she was the one blowing things out proportion when he was the one that threatening to go out on a red carpet and tell the world how horrible his family was because he couldn’t support him or his happiness.

So Rob was just acting out like he normally does, but the family was doing their best to downplay his latest act of ungratefulness and Kylie for one was claiming that it wasn’t her in the chymoji. Kylie said that the woman in the chymoji was someone else and that Blac Chyna had a longstanding problem with this other girl. However, Kourtney and Khloe didn’t really think that. Kourtney clearly thought it was Kylie and Khloe had only backed off from questioning what Blac Chyna might be up to because Kylie wanted to drop it. Kylie wanted to sweep things under the rug and start over. And both Scott and Kim agreed with Kylie.

Scott and Kim had met up for lunch and they both talked about seeing the bigger picture. They said Rob was about to have a baby and so their focus was on that rather than minor things. Though Kim had tried to talk to Kourtney about their brother and they had also tried to call him to clear the air yet he had refused to take their calls. So there was nothing they could do about Rob. He was going to do what he wants and ignore them until he was ready to see them again. And in the meantime they had to go on with their lives.

Kourtney had eventually found out that Scott didn’t believe she had allergies and that he had switched around food in her fridge to make a point. So she and her mother had devised a plan in which Kourtney pretended to be sick from eating that food. But Scott had caught on pretty quickly and he finally had that conversation with Kourtney that they needed to have. It apparently peeved Scott when Kourtney would claim to have allergies and then eat that same thing on what she likes to call cheat days. And so the two of them had come to an agreement where Kourtney admits her healthy eating lifestyle was technically a choice instead of a dietary restriction.

Although, once Kourtney had finished clearing up her language with Scott, Kim did finally get around to calling a truce between her and Rob. Rob had gotten upset because he felt like there wasn’t a need for Kourtney to yell at him when he allegedly never held any of their life choices against them. So once his sisters had agreed that the fight was petty and that they were happy for him because he was in a better place – they all let bygone be bygones and they promptly forgot about the chymoji. And so everyone chose to overlook the part where Rob had been out of line and that it had been easy Kourtney to question Blac Chyna’s motives!

Khloe though was probably one of the few people to stay out of everything. She had talked briefly about what happened with her sister Kylie and had done as Kylie asked when she too decided to drop it. Yet, Khloe also was dealing with Lamar so that’s why she hadn’t gotten into drama. Khloe has been supportive of Lamar and caring for him. So she wants to see him begin to move on with his life and put his upsetting past behind however Lamar was seemingly dragging his feet and now he was back to hanging out with wrong kind of people. And so all of that was beginning to wear on Khloe.

Khloe felt like Lamar would take one step forward and five steps back. However, she tried talking to him about it and all he could say was that he was still battling his demons. So there was nothing Khloe could do because she couldn’t convince Lamar his life meant something until he began to believe that as well. And therefore Khloe’s sisters told her that she might have to prepare herself for the day when she gets another call.