Keeping Up With The Kardashians Recap 5/8/16: Season 12 Episode 2 “A New York Family Affair”

BY CDL Staff on May 8, 2016 | Comments: one comment
Related : Keeping Up With The Kardashians, Kim Kardashian, Reality TV, Recap, Television, TV 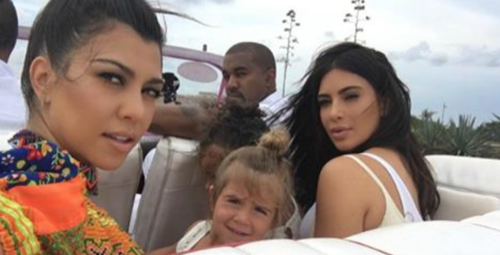 Keeping Up With The Kardashians returns tonight with an all new Sunday May 8, season 12 episode 2 called “A New York Family Affair,” and we have your weekly recap below. On tonight’s episode, Kanye West invites the entire family to NYC for his fashion show, but Khloé Kardashian is torn over whether Lamar can handle such a big first appearance since his accident.

On the last episode, Khloé adjusted to caregiving for Lamar; Scott decided to buy a house in Calabasas to be closer to Kourtney and their kids, while Kourtney tried to embrace life without him. Did you watch last week’s episode? If you missed it, we have a full and detailed recap right here for you.

On tonight’s episode per the E! synopsis “Kanye invites the entire family to NYC for his fashion show, but Khloé is torn over whether Lamar can handle such a big first appearance since his accident. Meanwhile, Kim tries to keep Scott busy in hopes that he’ll stay out of trouble; and Lamar meets Caitlyn for the first time.”

This week on Keeping up with the Kardashians the sisters are in the car and Kourtney gets a call from Lamar. They all take turns saying hi and Kourtney asks him how therapy was. He tells her it was good. She says “Lamar is progressing every day and getting better.”

Kim and Kourtney are talking about Kanye’s fashion event in New York. She wants Kourtney to come and support her. Kourtney tells her “What am I supposed to do with Lamar? Leave him at home?” Kim says “No I want you to bring him.” Kourtney tells her “I don’t think that’s a good idea. He hasn’t traveled or been seen since the accident and it is a big worry for me.” Kim tells her “I think he would really want to be there to support Kanye. Ask him if he wants to come.”

Kourtney is talking to her friend about the fashion event. Her friend tells her “You have to allow Lamar to do things because you won’t know how well he is progressing until he gets out among people. I know you are protective of him, but I agree with Kim.” Kourtney is a bit shocked. She tells her “I just found out that the event will be for fourteen thousand people and I am not sure he will be ready for that.” Her friend tells her “You know Lamar would want to be there for Kanye. Give it a shot.”

Kim and Kris are talking and Kris asks her if she knew that Scott had an appearance in New York while they were there. Kim tells her “I know he asked me for a ride on the plane. I wanted to invite him to the fashion show and to all of the things that we are doing so that if he has to feel busy he’ll feel busy with us rather than partying.”

Kourtney is still upset with the situation with Caitlyn. Kendall asks if she has talked to Caitlyn and she tells her “No because she hasn’t apologized.” Kendall says “Apologizing is a sign of strength not weakness.”

In New York Kim is worrying about being seen since the birth of her son. Kanye has picked out looks for the whole family. Kim says “I haven’t been out since Saint’s birth and I am really worried about what the public will say, but I would never miss one of Kanye’s events.”

The family meets up for dinner. Caitlyn is there. Kendall asks “Where’s Scott?” Kylie says “He’s hanging out. Kim has invited him to everything because she wants to keep him busy and out of trouble,” Caitlyn says “That’s ridiculous. If he wants to get in trouble he will.”

Kim and Caitlyn meet up to talk. Kim tells her “Lamar is coming to New York.” Kim asks Caitlyn “Have you talked to Khloe?” Caitlynn says “No. She called me a liar on Howard Stern. I didn’t lie to anyone.” Kim tells her “Khloe has this thing where she is still the kid and you are the parent. She thinks that since you are the one transitioning you should reach out to her. Kim says “This is a big week and it’s the first time Lamar has been out. I really hope Khloe and Caitlynn can make up and put their differences aside.”

Kourtney meets up with her friends for dinner. Ben tells them “Kourtney was ambushed by Tyga and five other guys. We asked if there was a problem. Kourtney tells us No, were good meaning that they were not good.” One of her friends asks “Where’s Scott?” Kourtney says “I don’t know. I can’t live my life thinking that my actions are going to send Scott into a downward spiral.”