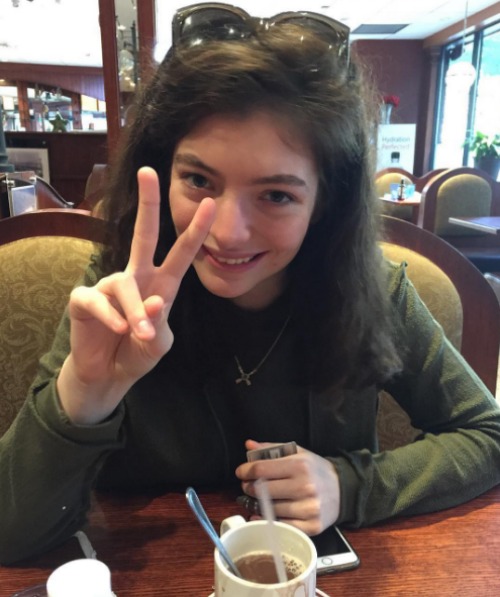 A new album is in production for Lorde and fans are demanding the ‘Royals’ singer pick up the pace. Lorde got a bit angry and responded with a few comments that may have reignited the singer’s feud with Taylor Swift.

Lorde shared some vacation photos with fans. These pics drew some nasty comments – one in particular really ticked Lorde off. What was the comment? “Do you think we will ever get another album or should we give up on you as an artist?”

Normally celebs don’t respond personally through social media accounts, they’re much too busy. Lorde couldn’t let this one pass and replied back.

“Give up on me if you want to! I’m an artist, I write a record when I have enough special stories to tell, and it’s all me, every melody every lyric, not some team who just start the machine up every eighteen months like clockwork.”

Oh yeah, Lorde said it! And guess who does put out an album every 18 months, give or take a day or two? You guessed it, Taylor Swift. It’s suspected that Taylor has a team of songwriters churning out music on her behalf. All you need to do is check the songwriting credits to find out the truth.

Let it be known, Lorde’s latest album is written it’s in production and “I’ve worked like a dog for a year making this thing great for you guys” the songstress wrote on Instagram. Fans just need to wait a little longer and an extraordinary album will be released.

The popularity of ‘Royals’ has yet to wain Lorde pointed out to critical fans. In fact, the song, which has been covered by just about everyone, is selling better on iTunes in 2016 even though the single was released in 2013. Lorde pointed out, the single sold 1,000 in one day recently. And that’s for a song that’s three years old.

The comment had to be a dig at Taylor Swift. The divas reportedly started fighting in 2015 when Lorde and Taylor couldn’t come to an agreement on duet collaboration. Both ladies denied there was any fighting going on, but that duet never did get recorded, did it?

What other singer puts out an album every 18 months? Add to that all the touring to promote a new album, which takes time away from an artist’s time in the studio. And Taylor’s boyfriends turn over at an alarming rate – generally one every 3 months or so.

We’re sure Lorde’s new album will be worth the wait. By the time it’s released Taylor Swift will probably pumped out one or two more.

on vacation shooting love heart eyes at the locals 🐸