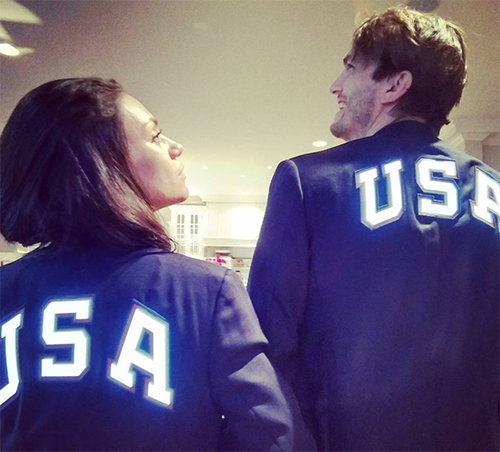 Mila Kunis and Ashton Kutcher welcomed a new baby boy into the world on November 30th. This is the couple’s second child and will be the baby brother of their 2-year-old girl Wyatt Isabelle. The “That 70’s Show” co-stars have not released a name yet but if it’s anything like Wyatt Isabelle, then the little boy is sure to stand out.

When asked how Isabelle responded to the news of having a little brother, Ashton Kutcher revealed that she didn’t really understand Mila Kunis being pregnant or what it means bringing another baby into the family because she’s so young. “The Ranch” actor added, “She points to Mila and she’s like, ‘baby brother’ when she points to the belly and then she points to dad and she goes, ‘Beer!’ So I think she gets there’s something in the belly but I don’t quite think that she knows that it’s not going to be a plastic doll yet.” 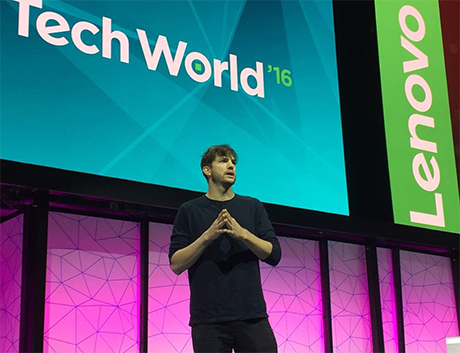 You would think that since this is Ashton’s second go ’round with having a newborn that it would be easier or a little less scary…wrong! Kutcher admitted that he’s still nervous about the second baby and said that it’s “intensely scary” and he’s “a little terrified to be honest”.

Hopefully, the new dad will have an easy time shaking those nerves off because the baby is here now! Not to mention in an interview Ashton Kutcher joked about wanting 12 kids.

The last time we spotted Mila Kunis was on November 20th when the couple went to grab breakfast in Studio City, Cali. Mila looked like she was ready to pop then. That spotting came after there was news that the couple had trouble agreeing on a name for the new baby. 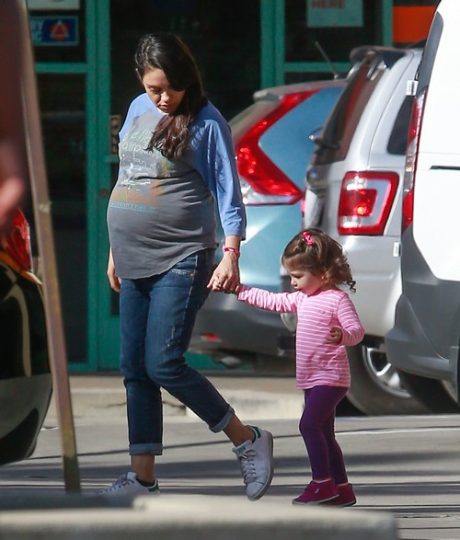 Hopefully Mila Kunis was able to get her husband to confidently agree on the name they chose. Congrats on the new baby! What do you think the couple named the baby? Let us know in the comments section below. Keep checking CDL for all your updates regarding Mila Kunis, Ashton Kutcher, and their growing family!