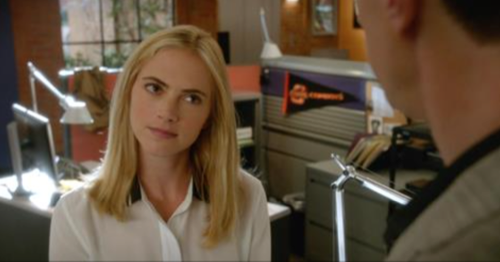 Tonight on CBS the #1 drama series NCIS with an all-new Tuesday, September 20, 2016, season 14 premiere episode and we have your NCIS recap below for you. On tonight’s season 14 premiere of NCIS, the NCIS team investigates a deadly car explosion in D.C. that connects to NCIS Special Agent Nicholas “Nick” Torres (Wilmer Valderrama).

Did you watch last season’s finale where the FBI and MI6 engaged in an international manhunt for an escaped British spy who was targeting current and former agents?  If you missed it we have a full and detailed NCIS recap, right here!

On tonight’s NCIS episode as per the CBS synopsis, “Season 14 begins with the NCIS team investigating a deadly car explosion in Washington, D.C., that is linked to an NCIS special agent who disappeared six months ago while on a deep undercover assignment in Argentina. Meanwhile, Gibbs asks NCIS special agent Alexandra Quinn to shadow his team after rejecting eight agents she instructed and referred for an open agent position.”

A Naval Commander had had a night out with his family when suddenly his car just exploded on them. Admittedly, the car had been acting up for quite some time leading up to the explosion but no one had expected that it would just randomly combust on them. So neither the Commander nor his family had been prepared what happened. However, the family got lucky. The explosion merely ran their car off the road and so that had given Marine Major Lucia Campbell who had been the commander’s wife the time she needed to get out of the car and grab their daughter. And she was able to save both of their lives though she hadn’t been able to save her husband”.

So it was the death of a Naval Commander that brought out Gibbs and his team on tonight’s episode of “NCIS. Though calling it a team at this point seemed a bit redundant. There had unfortunately been a series of new hires for someone to take over DiNozzo’s old position yet no one had been working out far and the woman that kept sending Gibbs new men was rapidly growing agitated. And so Gibbs had been asked if not commanded to get his act and his team together although as it turns out NCIS Special Agent Alex Quinn thought it would just be best to shadow him and his team. For that was the only way she could make sure that the team he had now wasn’t a problem.

But while the guys were trying to investigate Commander Campbell’s death, they soon realized that what looked like an accident was actually a planned murder attempt. Albeit not on the Commander. His wife Lucia on the other hand, was the one that had enemies and her own daughter admitted that something had been wrong with Lucia since she went away on a business trip. So McGee had talked to Lucia’s Commanding Officer and the other man had revealed that Lucia hadn’t gone away on a business trip, she had actually recently returned from some personal time away. And so Lucia’s trip was deemed to be their best bet to figuring why someone would target her.

The truth about that trip though hadn’t seemed to make any sense. NCIS had dug into Lucia’s whereabouts and they found out that she had met with a private investigator who told her that her brother was still alive. Lucia’s brother had been NCIS Special Agent Nicolas Torres and he had disappeared almost a year ago when it was assumed he died on a mission. Yet, the private investigator had gotten a recent photo of Nicolas and that meant her brother for some unknown reason was alive and simply chose not share that with anyone. So Gibbs went to Director Vance and asked about Nick.

Nick had apparently gone under deep cover in Argentina and the Director said that he had been up to date on checking in when everything changed after his sister came down to Argentina. Unfortunately, Lucia hadn’t known that she was breaking her brother’s cover by snooping around so she showed up in the city and began asking anyone she could for information on her brother’s whereabouts because she wanted to know what was going on. So that forced her brother to go into hiding and he would have stayed pretending like he actually died this time if his sister and her family hadn’t been attacked.

When Nick heard that the people he had been investigating had gone after his family, he got on the next flight out and was quickly taken to NCIS headquarters to answer some questions. Like what he did find out while he was investigating corruption at the military school down there. So Nick told them everything. Nick said that he had met David Silva while training and that he soon spotted why a man like David was even at the school. David it seems had been recruiting mercenaries for his “businessman” father Leo Silva however Leo and Leo’s unusual business practices had already been known to Gibbs.

Gibbs had been warned once before about Silva so he knew that Silva had ordered a hit on Nick and Nick’s family because Nick had gotten too close. So Nick explained everything that happened while he was in Argentina. Nick had said that he had begun dating Silva’s daughter Elena to get close to the family and that eventually Silva had seen him as a second son because of that and that he started to have certain aspirations for Nick. Though once he probably found out that everything Nick did had been to take him down, Silva must have wanted blood and put out a hit just to hurt Nick. Even if Nick was supposed to be dead by time his family had been targeted.

So a hate like that wasn’t going to go away because Nick’s sister and niece did survive the explosion. But Nick had hoped that he could offer Silva a truce and that Silva would take it. Nick had thought that a truce would be the only way to end it all and call of the hit so he had found out where Silva was in DC and approached him. And while Silva was all for burying what happened seeing as out NCIS now knew what he did, his son on the other hand, had still wanted to kill off Nick. David had called what Nick did unforgivable and he refused to calm down despite how dangerous a feud was at that point so Nick had wondered about reaching out Elena.

Nick and Elena’s relationship had been mostly for business, but Nick had hoped that he would able to open Elena’s eyes and get her to see her father for who the man actually was. Yet, Elena didn’t want to believe her father could go after Nick’s family and it turns out her relatives had known about Elena’s meeting because there had been a bomb under the table. So Nick had lost all hope then because he thought that if Silva was prepared to kill his own daughter to get to him that nothing would stop him though Gibbs later stopped him carrying out his own justice. Gibbs had reminded Nick that he still had a mission and that he shouldn’t give up on the badge just for a man like Silva.

However, to get to Silva, they had to take out both him and his son David. So the team figured out who the Silvas were staying in town for and they caught David in the act of attempting a US Senator. And though David refused to turn on his father, his sister on the other hand had finally put two and two together. Elena it seems had been smart enough to question her father while she was wearing a wire so she had caught him on tape admitting to the murder of a Naval Commander and the attempted murder of three other people.

And so Nick did get the justice he wanted though he didn’t want to go back to undercover work. So Gibbs and Quinn offered him a job on Gibbs’s team. Gibbs had needed someone with experience to run point for him and Nick personality had shown itself to be a good fit for the team. Though only time will tell if he truly was worth DiNozzo’s desk.