BY Kristine Francis on May 23, 2016 | Comments: one comment
Related : Person of Interest, Recap, Television, TV 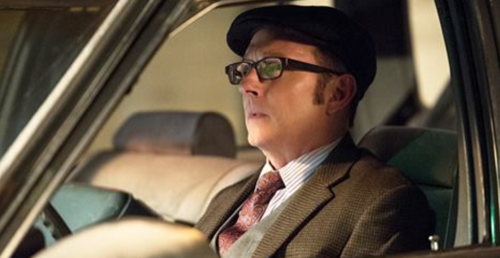 Tonight on CBS Person of Interest continues with an all new Monday May 23, season 5 episode 5 called, “A More Perfect Union.” and we have your recap below. On tonight’s episode, Reese and Finch head to a wedding to protect two POIs prior to their nuptials.

On the last episode, Reese protected an NYPD analyst who’s drawn the attention of Samaritan through his investigation of a software glitch; and an ally of Elias threatened Reese and Fusco. Did you watch the last episode? If you missed it, we have a full and detailed recap right here for you.

On tonight’s episode as per the CBS synopsis, “Reese and Finch head to a wedding to protect two POIs prior to their nuptials; and Fusco, angry about being shut out by the team, investigates a string of missing person reports.”

Once he realized that a bunch simulations were never going to make Shaw change her mind about her friends, Greer realized that he needed to take a different approach with her and therefore he finally took Shaw out of the laboratory. Greer had figured that if he could get Shaw to relax around him and even get Shaw to the point where she would lower her guard then maybe Shaw would begin to listen to him. And possibly side with him if he told her that her friends weren’t the good guys.

But while Greer was off doing his best to manipulate Shaw, Finch and Reese were working a number. The Machine was still acting up so rather than hand over a number for a single person, it had actually given the guys the number that could be traced to a wedding license. So Finch had felt that Reese should go to the wedding because odds were that both the bride and groom were in trouble. And so Reese later had to go about finding his own invitation to the wedding.

Only there was no way Reese could do that on his own so Finch ended up helping him out. Finch arranged for Reese to act as security for the male stripper at the bachelorette party and that led to Reese meeting Jenna. Jenna was one of the bride’s sisters and she had a clear thing for the older silver fox type. So getting an invitation for Reese wasn’t that hard though getting one for Fusco would have been the real challenge, that is, if Fusco hadn’t told Finch that he was unavailable that weekend.

Fusco had said that he was tied up with work and having a life of his own however the truth was that he was sitting out on things lately because he wanted to investigate the missing people that Samaritan were covering up and hadn’t wanted his friends to know. Although, seeing as he was unavailable, Finch was then forced to take on the persona of long-lost uncle Ralph. Which had required for Finch to fake an Irish accent. So Fusco might have had lucky escape on that one.

Yet, Root who had been left adrift had wondered what was going on with Fusco. She had been left back at the train station because neither Finch nor Reese thought they were going to need her, but she had stayed by the payphone. And occasionally passed on messages from Finch to Fusco when necessary so that had put her into contact with Fusco. Who was being very cagey.

Besides investigating Samaritan, Fusco was also reaching out to Bruce Moran and it appears that both of them wanted to know about the mysterious threat their friends kept on telling them about. So its soon became clear that they were both looking into Samaritan. And that no one was going to stop them from doing so.

Meanwhile, at the wedding, what the guys thought was going to be simple turned out to be something else. There were protestors outside of the venue picketing the bride’s father who happens to own a racehorse farm. So that had initially led the guys to believe that maybe the couple weren’t in danger and that the number had really been for the bride’s father. Only three hitmen later showed during the ceremony and Reese had thought that they were too professional to be mere protestors.

The men that had arrived on the scene had been killers and so there was no way they could have been there to kill Kent Turner over animal cruelty. However, none of the theories that either Finch or Reese could come up with could explain why anyone would target the bride or the groom. What with the bride passing up on inheriting her father’s company in order to marry a public defender that her father didn’t approve of. So the two men were caught at a loss because of that. They didn’t know what was going on until they saw the hitmen.

But, fortunately for them, Root showed up after she had gotten bored with being sidelined. So Root and Reese ensured that the wedding went off without a problem by taking care of the hitmen themselves. And that had allowed them to get close enough to the hired killers to find out who they really were targeting.

And as it turns out the Turner family was not in danger. In fact, one of them had even hired the hitmen to kill the wedding photographer. Who’s only sin had been to take a photo of illegal doping. Maggie it seems was supposed to have taken some background and scenery photos for the family so that’s what she did though she also ended up catching just what the protestors were protesting against. So that had put Karen Turner on the defensive.

Karen Turner had taken over as the presumptive heir when her sister was passed over because she wanted to marry someone blue collar. So Karen was the one that began to dope the horses in order to win more races. Though she didn’t stop at crossing that one boundary, Karen also was willing to kill to protect her secret so that’s what she tried to do. And would have gotten away with it if it hadn’t been for Root.

Root had proved to be the hero of the day when she saved Maggie the photographer. But while the guys did good at the wedding, Fusco went on to find the bodies of the missing people he’s been investigating and he was blasted by a bomb that Samaritan set off to protect its secrets. So it was left a mystery on tonight’s episode whether Fusco survived the blast or not however the show also left off just as Shaw was asked if she was willing to side with Samaritan or risk another World War.

The whole thing with Greer letting her outside had been another ploy and she had still found herself trapped in a simulation, but that time it was Samaritan itself playing games with her. So it was the artificial intelligence that threatened her with what could happen if she didn’t side with it in this war against her friends. And now she has to consider the possible risk of what would happen if Finch and the other truly couldn’t stop Samaritan?

And to be fair they’ve been trying to see how the Machine would face against Samaritan yet it’s not looking good for the Machine.