So You Think You Can Dance Recap – Nigel Shakes His Bootie: Season 13 Episode 2 “The Next Generation: Auditions #2”

BY Stormy Elizabeth on June 7, 2016 | Comments: one comment
Related : Reality TV, Recap, So You Think You Can Dance, Television, TV 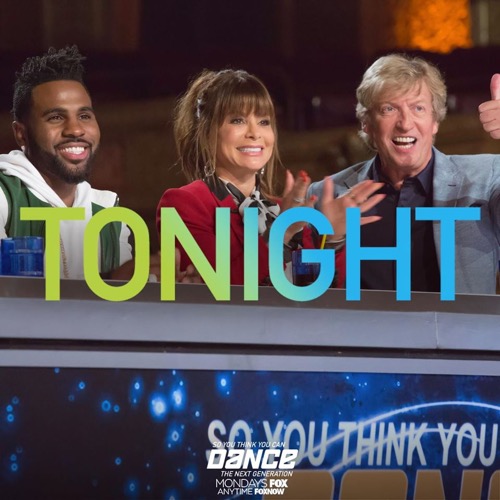 Tonight on FOX, SO YOU THINK YOU CAN DANCE continues with an all new Monday, June 6 season 13 episode 2 called “The Next Generation: Auditions #2,” and we’ve got your recap down below. On tonight’s episode, the 13th season continues and features contestants between the ages of 8 and 13. Teen dancer Maddie Ziegler joins the panel of judges.

On the last episode, the Emmy Award-winning dance competition show returned with an all-new format! After twelve seasons showcasing the most talented dancers in the nation, it was time to see what America’s youngest dancers could do. Did you watch last week’s episode? If you missed it, we have a full and detailed recap right here for you.

On tonight’s show per the FOX synopsis “Judges Nigel, Paula and Jason visit Chicago in their search for the best young dancers in the nation. Find out which dancers have what it takes to compete alongside America’s All-Star favorites and who misses the mark.”

The second episode of So You Think You Can Dance season 13 airs tonight at 8PM and you don’t want to miss it. Celeb Dirty Laundry will be live blogging the show, so don’t forget to come back to this spot at 8PM EST for our live recap!

#SYTYCD is in Chicago tonight for auditions. JT is a 10-year-old cutie who is first up and he does jazz dance. Paula Abdul, Nigel Lythgoe and Jason Derulo great him. He has jazz plus acrobats in his routine and the kid can really move.

Paula says he packs a punch and she can he tells loves to dance. Nigel says he sells himself by looking so smart and Jason says he has a lot of energy and he enjoyed it a lot. Nigel says they all enjoyed it so he gets a ticket to the academy.

Next up is 12-yer-old hip hop dancer Tahani. She does a great number to a Beyonce song and the judges immediately stand up and hold out tickets. The poor kid is so excited that she almost throws up on Paul Abdul who comforts her. Tahani says Paul squeezed her too tight.

Next up is Emma who is a tap dancer and whose mom owns a dance studio. She dances to Paula’s Cold Hearted Snake sped up really fast. She’s amazing and gets a standing ovation from all three judges. Paula tells her it’s awesome.

Nigel jokes that he has no idea who sang that song and says to forget that part. Paula then makes a crack about how old Nigel is. Nigel says Emma was tremendous and that means it’s absolutely fabulous. Her mom is crying as she gets her ticket to the academy.

12-year-old ballerina Tia is next and both her parents, grandparents and great grandparents all are dancers. The male principal from the Joffrey Ballet is in the audience and that has to make her nervous when Nigel points him out.

Tia dances on pointe and does a traditional Spanish inspired dance. Nigel calls up the Joffrey guy Fabrice Calmels and lets him sit in his judge chair while Nigel goes to sit by Tia’s mom. Fabrice says that was amazing then tells her to pay attention to her right foot.

He says it was wonderful, bravo. Paula says she can’t imagine performing in front of him while Nigel flirts with her mom. She says she’s a beautiful dancer. Jason says it was wonderful and her smile lights up the room. He says he can’t wait to see her paired with an all-star.

Man can that kid’s feet fly. She also gets a three-judge ovation. Jason says this is what it’s about and it made him want to get up and dance. He says he was going to go up and jump in. Paula says her showmanship is wonderful and her facial expressions are great.

Nigel says Neal has taught her brilliantly and says her footwork and kicks are splendid. She gets a unanimous yes from the judges and gets an academy ticket. We then see a montage of other kids that got their tickets.

Alex Walton is next and we see a look at him working on the farm at home. The kid does a jazz style with some hip hop elements then switches up to straight hip hop. The judges all get on their feet for him – the crowd too. The cheering won’t stop.

Nigel says that’s the first standing ovation of the day from the whole audience. Paula says it’s a wonderful job and Jason says he’s a showman and showed professionalism. Jason holds out a ticket and so does Paula. He gets a unanimous yes.

Next is a montage of families waiting for auditions and kids picking at each other. Then we meet tiny Ainslee who’s just eight. She says she brought her stage mom and real mom and says her real mom is not a dancer. She says she does all styles of dance.

Nigel teases her about having a boyfriend and dancing with boys. She does a jazz number for them with some acrobatics and adorable facial expressions. The crowd loves her. Nigel says she’s so cute like a bundle of dynamite and says be careful pulling your face.

Nigel says he’s not sure she’s right for the show at this point. Paula says she’s on her way to becoming great. Jason says she’s a bundle of joy and feels better after her performance. Nigel says he can’t say yes and Paula and Jason add no’s as well. Then there’s a montage of more no’s.

Next is modern dancer Diana and she does an amazing performance then gets an all-judge ovation. Nigel says her technique is amazing and facial expressions are perfect. Paula says she’s stunning to watch. Jason says she has a truth about her and he was on the edge of his seat.

We see a montage of great dancers who also got their tickets to the SYTYCD academy and celebrate jubilantly. There’s just one contestant left to audition tonight and it’s 11-year-old Daniela. She says her mom is a world ballroom champ and trains her.

She dances to a Latin song and her footwork is stunning. She also throws in some acrobatics for good measure. She gets a three-judge ovation. Paula says she’s phenomenal and has a larger than life presence and says well done and good training.

Nigel says be careful with face pulls but the rest was pretty damned good. Jason says it was something to see and says her mom is a brilliant teacher. He then asks for a lesson from her mom and goes to the stage. Nigel has to go up there too.

She gives them a cha-cha mambo lesson and shows them how to really shake it. Nigel calls for music. The crowd loves it. Jason tried hard but Nigel was clearly outclassed. Paula jokes about checking Nigel for a medical alert bracelet.

Nigel says yes she can come and Jason and Nigel jokingly offer a ticket for her mom to come along too.