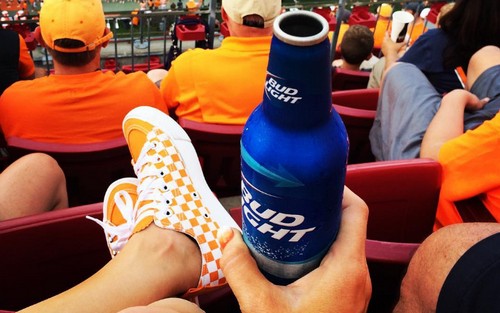 Teen Mom OG star Maci Bookout is currently pregnant with baby number three – and being accused of drinking alcohol while she is pregnant! Seeing as how Maci has always been the “good girl” on the show, and constantly seems to be looking down her nose at the other cast members of the MTV franchise and judging them with her snarky comments, it is especially funny that she was literally caught red-handed drinking a beer while she was pregnant.

This month Maci Bookout announced that she was pregnant with baby number three with fiancé Taylor McKinney. Maci revealed a large and in charge baby bump on Instagram and confirmed she was six months along!

The Teen Mom OG cast member dished to US Weekly that the pregnancy was completely unexpected and not planned, she actually went to her doctor to get her birth control filled and found out she was pregnant (again). 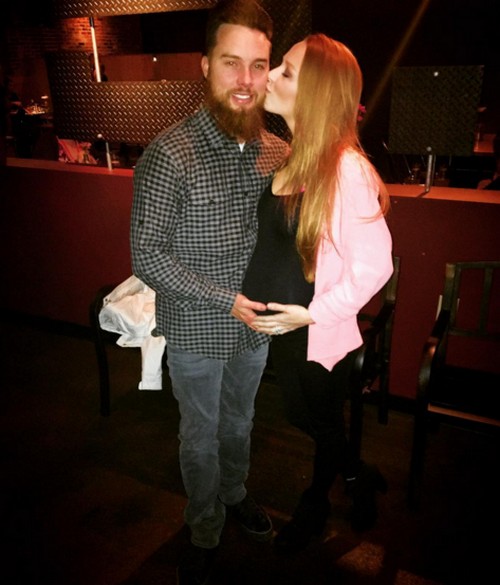 Now, here is where it gets interesting – Maci was filmed at the end of December by MTV camera crews – and was on camera drinking a beer. Plus, you could already see a noticeable baby bump. In December, Maci would have been four months pregnant – there is no way she didn’t know she had a bun in the oven.

After all, she has done this two times before, Maci knows that if you have missed your period for four months and your belly is growing…it might be time to lay off the booze.

After the season finale of Teen Mom OG aired, showing Maci obviously pregnant and drinking beer, she tried to backtrack and say she didn’t find out she was pregnant until January (as in last month). Seriously?

You expect the world to believe that you had absolutely no idea you were pregnant until you were five months along!? We’re not buying it. What do you think Teen Mom fans? Is Maci lying, was she drinking while she was knowingly pregnant? Share your thoughts and theories in the comments below!