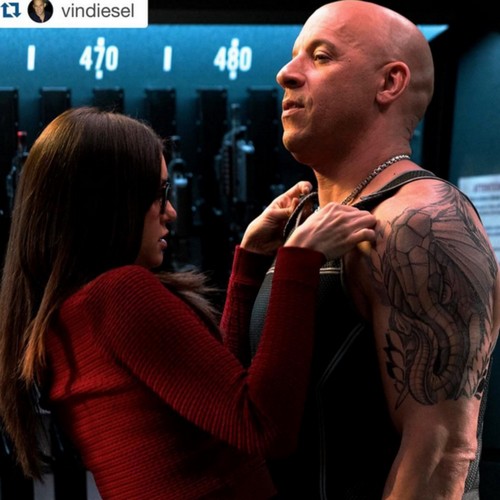 “The Vampire Diaries” is losing another star but possibly getting Nina Dobrev back as Elena! Kat Graham who portrays witch Bonnie Bennett says Season 8 is her last. That means she’ll be done around mid-2017. But is Kat Graham leaving of her own volition? Or is she being ushered out the door to make room for a Nina Dobrev return?

Kat’s character Bonnie is not front and center right now. She’s not in a romance, she’s not the target of hunter Rayna, and now there’s another witch on the scene with Valerie (Elizabeth Blackmore) who is more powerful than Bonnie and is a vampire to boot so she’s easier to keep alive.

The bottom line is Bonnie is extraneous. Not only that, because of the wicked spell that Stefan (Paul Wesley) and Damon’s (Ian Somerhalder) mom placed on Bonnie, she and Elena can’t exist in the same timeline. Bonnie has to die for Elena to come back.

With “The Vampire Diaries” ratings suffering, are showrunners at The CW hoping for (and encouraging) Kat Graham to check out of the show so they can kill off Bonnie and bring Elena back to life? Nina Dobrev has been pursuing other projects since she left The CW show she helped make a hit.

But let’s face it, Nina Dobrev is not exactly setting the world on fire with her movie career – two small parts and nothing of critical interest. So a return to The CW show might be a win-win for Dobrev and “The Vampire Diaries” producers but not so much for her ex Ian Somerhalder.

Word is it was Ian Somerhalder’s engagement to Nikki Reed that drove Dobrev away from TVD but now Dobrev may be determined to flex her muscle even though Ian and Nikki are happily married. Dobrev may find a lot of satisfaction in parading men (and maybe women) she’s dating in front of her ex.

With talk of Nina Dobrev getting cozy with Tim Tebow, Chace Crawford and Ruby Rose, there’s a lot there to bother Ian Somerhalder even though he’s clearly moved on. Plus, if Dobrev returns to save “The Vampire Diaries” that means she’ll have more influence on set.

Walking away then being lured back puts her in a power position. Right now, Somerhalder and Wesley are ruling the roost and even getting to direct some TVD episodes. But Dobrev’s return could shut all that down and she could decide who gets to do what as a condition of her coming back.

And with Elena back and Damon still pining for her, that means lots of heavy romantic scenes that will be uber-sexy and could make Nikki Reed uncomfortable seeing her hubby get busy with his ex – even if it’s just on camera!

What do you think TVD fans? Is Kat Graham leaving to make room for Nina Dobrev’s return? Are you excited to see Bonnie die and Elena awake and claim her man? Share your comments below and come back to CDL often for more “The Vampire Diaries” spoilers plus live weekly recaps.

Did I mention ‘Crash Pad’ is a very serious Drama? Period piece. No Funny Business on this set. #ChristinaApplegate