Days of Our Lives Spoilers: Gabi’s NOT Pregnant – Chabby Fans Take Heart, No Baby for Gabi and Chad 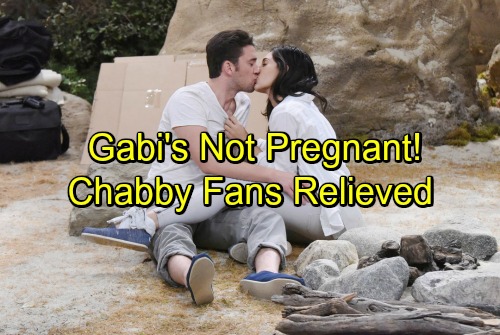 Days of Our Lives (DOOL) spoilers tease that Chad (Billy Flynn) and Abigail’s (Marci Miller) relationship will continue to be complicated. They’re officially divorced, but they still care about each other. Their Halo-driven vow renewal proved that. Abigail insisted that she made a mistake and didn’t want to live without Chad. He agreed that he didn’t want to live without her either.

Of course, Halo 2.0 was simply bringing out their deepest desires. They’ll deny their feelings for each other now that the crazy night is over. Nevertheless, Days of Our Lives spoilers say Chad will struggle to reconnect with Gabi (Camila Banus). He won’t be able to get Abigail out of his head.

Meanwhile, Abigail will marry Dario (Jordi Vilasuso). That’s obviously another hurdle for Chad and Abigail’s reunion. We can’t rule out other obstacles either. Some Days of Our Lives fans have speculated about a potential pregnancy for Gabi. After all, they had some steamy island sex. 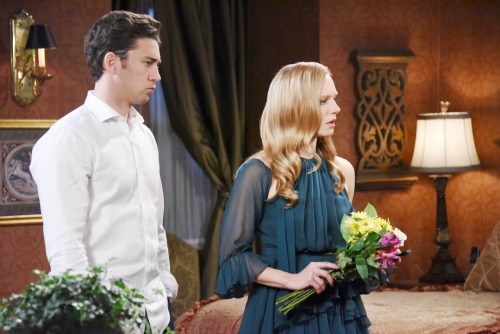 Could Gabi be expecting Chad’s child? It’s possible, but we have to remember that a head writer transition has been happening. Ron Carlivati may have chosen to take whatever Dena Higley had planned in a different direction. He was allowed to tweak some of the material that’s currently playing out.

Carlivati was undoubtedly hoping to set up some of his own storylines. DOOL has made it clear that Chad and Abigail are getting back together. It won’t be long until “Chabby” is front and center again. With that in mind, Carlivati may have decided against a pregnancy for Gabi.

If Gabi suspects she has a bun in the oven, it could turn out to be a false alarm. If it’s the real deal, that doesn’t mean she’ll actually have Chad’s baby. Gabi could always have a miscarriage. Regardless, there’s pretty much no way she’ll pop out a little DiMera.

Days may just want to put this messy love triangle behind them. A poor setup got the whole thing off to a rocky start. It never really worked from the get-go. Even Chad and Gabi’s fake flashbacks couldn’t create a believable love story. Chad’s heart belongs to Abigail and that’s that.

Abigail and Chad have enough difficulties to overcome as it is, so maybe a surprise pregnancy for Gabi would be overkill. We’ll give you updates as other Days news comes in. Stay tuned to DOOL and don’t forget to check CDL often for the latest Days of Our Lives spoilers, updates and news.