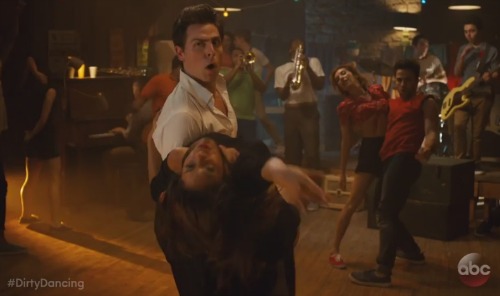 The made for television remake of Dirty Dancing hasn’t even aired yet and people are already attacking it on social media! The Twitter reaction to recently dropped promo of Dirty Dancing is far from positive. Just some of the negative comments include fans calling the remake an ‘abomination’, ‘sacrilege’, and ‘blasphemy’, while some compared the original film to lightning in a bottle and doesn’t think the magic could be recaptured a second time.

It is hard to believe it has been 30 years since the original Dirty Dancing was released. It starred the late Patrick Swayze as hot dance instructor Johnny Castle and Jennifer Grey as Baby, the innocent idealist who learns to dance under Johnny’s tutelage and eventually falls in love with him. Jerry Orbach portrayed Baby’s father, a wealthy doctor who is none to pleased by their romance. The film was shot for a mere $6 million, but went on to gross $214 million at the box office. 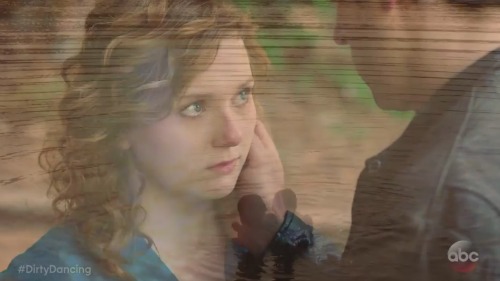 A smash hit financially, especially for a movie released in 1987. It had perhaps one of cinema’s most memorable lines when Swayze’s character uttered, “Nobody puts Baby in a corner”. Even the soundtrack was a success selling millions of copies and even won the Academy Award and a Golden Globe for best original song for “(I’ve Had) The Time of My Life”.

Another concern for fans appears to be the casting of the remake. We will now see Abigail Breslin, of “Signs” and “Little Miss Sunshine” fame take over the role of Baby, while newcomer Colt Prattes was cast as Johnny. Up until now, Colt is probably most recognized from Pink’s music video, “Try”.

The remake will air May 24 on ABC and we will see if it will be as successful as the original, or if it will flop like the 2004 prequel, “Dirty Dancing Havana Nights”, another ill-fated spin off of the film. Are you excited to see the remake?