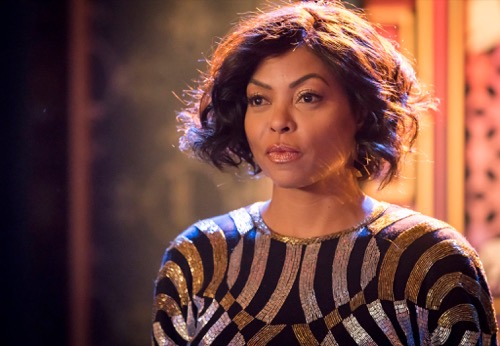 Tonight on FOX their blockbuster drama Empire airs with an all-new Wednesday, April 26, 2017, episode and we have your Empire recap below. On tonight’s Empire season 3 episode 14 “Cookie (Taraji P. Henson) gives Lucious unexpected news that makes him feel uneasy about the future. Hoping to make Cookie jealous, Giuliana moves in on Lucious and persuades him to comply with her new plans.”

Lucious is playing the piano. It’s your day dream. He’s listening to a demo. Cookie comes in she asks him about the song. She thinks it’s hot. She is there to run something by him but now might not be the time. He tells her to go ahead. She explains that Angelo has been hinting that if he wins the primary he plans to propose to her. She asks him if he plans to burn it down if she says yes. She will talk to the boys. He agrees to fall back if she accepts his proposal.

Julianna and the guys are waiting for the gaming commissioner to come in for a meeting. They need to get their license. Tori shows up two hours late. She has attitude. Julianna wants her to record a song. Andre is against it.

Angelo pays Jamall a visit. He wants to ask him permission to marry cookie. Jamall thinks it’s amazing. He tells Angelo that his mother likes showmanship, drama and he better bring it.

Lucious and Cookie arrive at the studio to see Andre and Giuliana. Cookie would like to be introduced to her. Julianna makes a comment to Lucious about how he still looks good after all this time. Cookie looks curious. Flashback to a time when the two met a long time ago. They were in Vegas gambling and flirting.

Lucious announces to the group that Giuliana is the ex-wife of a major player in Vegas by the name of Raphael. He was a very evil and corrupt individual. He will not have her involved in his business dealings at all.

Cookie, Andre and the boys all sit down for dinner. Hakeem is being quiet. He’s too old to have a stepfather. Jamall gives him a speech about her mother being happy. Andre would also like all of their support on his Vegas deal. If you gets the deal he wants to have a large party with them all to celebrate.

Becky pulls Lucious into the studio to hear Tori. Lucious wants the track released tonight even if it is for Andre’s show.

Cookie and Luscious are with the baby. They are listening to Anika and Tariq by audio. Angelo calls. He needs to talk to Cookie. He is at her apartment waiting. She tells Lucious, he tells her she better go.

Angelo brings Cookie into the kitchen. He offers her a glass of wine. He tells her the news – he will be on TV tomorrow and he wants her by his side.

Lucious is at home when Julianna surprises him from behind. She has a gun pointed at him. It’s the only way she could get his attention. She tells him to sit down. Flashback to the two of them at a club. Lucious plans to buy it. He is happy. Happy with her. Raphael and his guys show up to rob Lucious. He finds out that his girl, Julianna, is the wife of Raphael.

Julianna explains that it took her 15 years to get away from Raphael. He took all her money. The only way she can pay Lucious the money back that was stolen so long ago is if he signs off on Andre’s deal. She tells him that she killed Raphael for him.

Tariq wakes Anika. He has exciting news. Thirsty is half asleep, listening. Tariq gets a call. He tells Anika that they are almost there. She smiles and rushes off to the bathroom before he can see her wire.

Hakeem and McNeill are recording a spot together showing off Tori and her new track. Jamall stops in with a female friend. Jamall is upset that there is booze everywhere with Tori supposedly in recovery. Tori leaves with a bottle and a girl.

Lucious confronts Tariq in the hotel room. Tariq is surprised to see him.  Lucious gives him a bag of money and tells him to run.

Cookie accompanies Angelo for his interview on the Grant Kelly Show. Things get awkward when they are asked about their relationship. Angelo pops the question right there. She is shocked. He places the ring on her finger before she can yes.

Andre and Julianna talk about the deal. They are both nervous something could screw it up. They arrive to the party to see Lucious speaking with Charlotte Frost, the head of the gaming commission. Lucious tells Andre on the side that he and Nessa are out. Thirsty takes Charlotte for a walk. They are going to put a big show on for her.

In the green room, Cookie asks Angelo what the hell he is doing. Why would he propose like that oon air? She mentions that she is trying to right her past, her relationship with her dad. Angelo drops his mic. It turns on. Cookie confesses to kissing Lucious. She still has feelings for him. It is broadcast on the set without their knowledge. Angelo details the parole violation, all of the things he did for her. His mother comes in to stop him from talking. Andre calls. She leaves to take the call. Angelo’s mother tries to get him to calm down. She tells him that she is going to take them all down.

Lucious introduces Tori to the stage. Lucious and Julianna kiss while the crows watches Tori sing. Cookie arrives, watching from above.