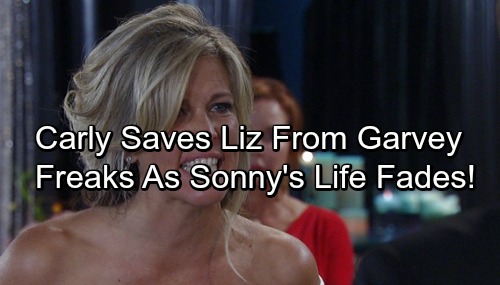 General Hospital (GH) spoilers tease that Carly (Laura Wright) and Sonny (Maurice Bernard) will face another crisis. These two can never escape the drama for long. Morgan’s (Bryan Craig) death plunged them into an unbearably dark place. Next, Nelle (Chloe Lanier) made her move and destroyed any progress “CarSon” had made.

The conflict continued when Carly slept with Jax (Ingo Rademacher) and Sonny had him deported. Sonny’s sex sessions with Carly’s lawyer certainly didn’t help the situation. Then, we saw the fiery showdown with Ava (Maura West) and eventually a faceoff with Garvey (Rick Ravanello) in Puerto Rico.

It’s clear that Carly and Sonny have really been through it, but they feel like they’re finally getting back on track. Despite Josslyn’s (Eden McCoy) hostility and the lack of justice for Morgan, Sonny and Carly have hope for the future. However, GH intends to pile on even more pain. 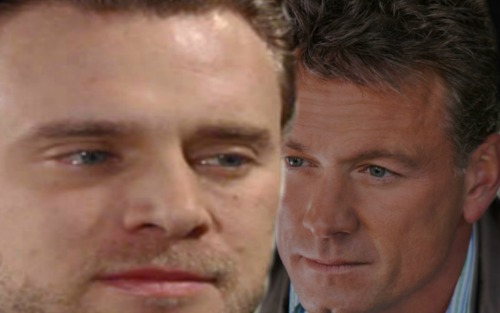 Garvey isn’t quite finished wreaking havoc, but that’s not even the worst threat. Sam (Kelly Monaco) is coming unhinged and she’s about to take action. After a volatile confrontation on July 25, things will quickly head downhill. It looks like Sonny will be rushed to General Hospital with a serious gunshot wound.

Meanwhile, Carly may have to clean up one of Sonny’s messes. Liz (Rebecca Herbst) will be held hostage on July 27 and word from General Hospital sources has it Garvey may be her captor. GH spoilers suggest that Carly could end up in the right place at the right time. She could be the one who saves Liz from a grim fate.

Unfortunately, Carly will face another round of chaos at the hospital. As Sonny lingers between life and death, the waiting game will begin. General Hospital spoilers state that Carly will officially lose it. She’s been able to overcome so many obstacles with Sonny. Carly will refuse to accept that a bullet from Sam could mean the demise of her husband.

Sonny is a fighter, but this may be his toughest battle yet. He’ll have to summon all his strength if he hopes to remain on this earth. GH spoilers say Carly will blast Jordan (Vinessa Antoine) on August 1. It sounds like Carly might get fed up with all the police questions and the whole investigation. She’ll probably just want to focus on Sonny.

Will Carly and Sonny ever get a break from all the mayhem? Will Josslyn forgive Sonny after he endures this traumatic experience? We’ll give you updates as other General Hospital news comes in. Stay tuned to the ABC soap and don’t forget to check CDL often for the latest General Hospital spoilers, updates and news.