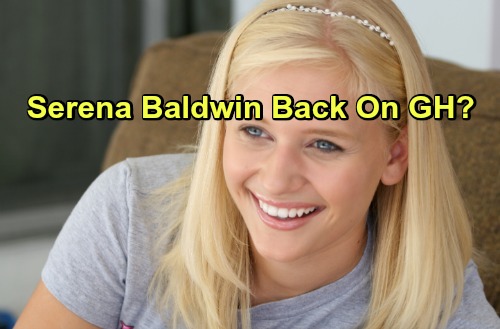 General Hospital (GH) spoilers reveal Serena Lee Baldwin (Carly Schroeder) could be on her way back to Port Charles; which shouldn’t come as a surprise now that her father, Scott Baldwin (Kin Shriner) has been busy dealing with his dysfunctional son, Franco Baldwin (Roger Howarth).

Long-time fans of General Hospital will remember that Scott was married to Dominique Stanton (Shell Danielson) and in 1993, after being diagnosed with an inoperable brain tumor, she wanted Scott to have a child. Lucy Coe (Lynn Herring) became the surrogate, but she died before she could see their daughter. Serena was named after her mother’s family estate Serenity; later, Lucy adopted Serena as her own. 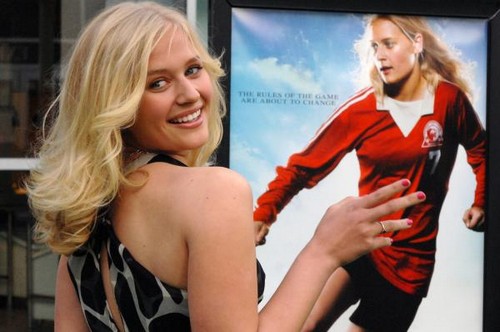 The last GH fans heard anything about Serena was when Lulu Spencer Falconeri (Emme Rylan) called her in Paris in 2008 when her mother, Laura Webber (Genie Francis) was kidnapped and she thought Scott had taken her. Serena currently resides in Paris with her sister Christina Baldwin (last played by Kaitlyn Maggio).

Now that Dr. Kevin Collins (Jon Lindstrom) is back working at General Hospital and Scott and Lucy are also back in Port Charles, there isn’t a better time for an adult Serena to return; not only for family obligations but also for a new love interest.

There is so much potential and great story lines for her to get mixed up in. Serena has never hid her feelings about her parents reuniting, but she also cares deeply for “Doc” (Kevin Collins). She could return insistent on them reconnecting but could also dislike Kevin with Laura. 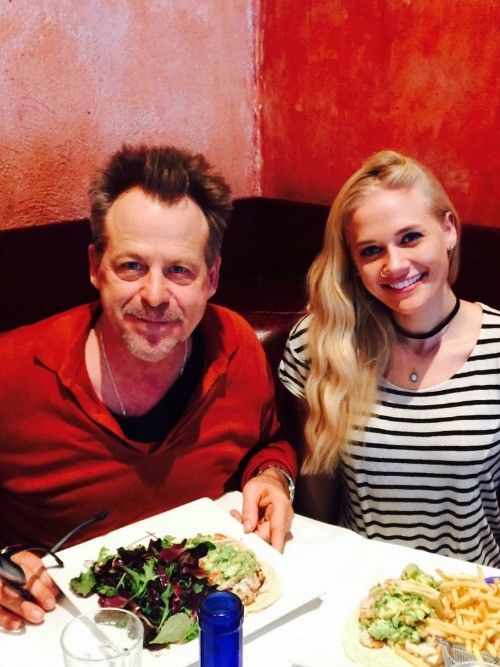 General Hospital’s Michael Corinthos (Chad Duell) could be a great fit for her, and imagine Carly’s dismay if her son were to be involved with psychotic Franco’s sister. Another possibility would be Kiki Jerome (Hayley Erin) could finally have some competition for Dillon Quartermaine’s (Robert Palmer Watkins) affections if Serena made a play for his heart.

Considering that General Hospital has never been a soap opera to shy away from socially relevant stories, it could be entirely possible that Serena might connect with the sexually fluid Kristina Corinthos (Lexi Ainsworth). The possibilities are endless as we all anxiously await her return.

Tacos with my tv daughter, Serena Baldwin @GeneralHospital @Carlyfries18 she stopped by set for a visit. pic.twitter.com/SYE8h1lc1r