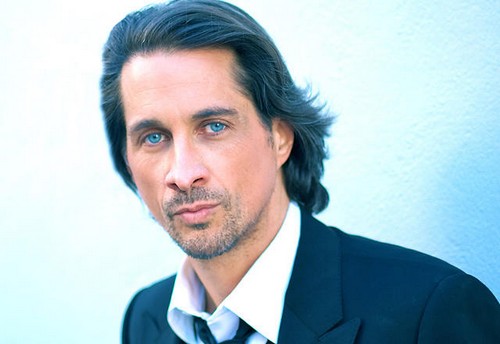 “General Hospital” spoilers reveal that a recent Facebook session that Michael Easton (Silas Clay) held with fans had him slap down Ron Carlivati as to blame for Silas Clay’ premature exit. Easton’s exit interview was not quite as inflammatory as Anthony Geary (aka Luke Spencer), but then again, Easton still wants to get work on TV while Geary was flat out retiring.

Although Easton started the exit interview with a caveat, he later laid into the writer. He began with: Before we begin I would just like to say, I feel very fortunate to have had this opportunity and I am grateful to ABC, Frank Valentini, Ron Carlivati, all the writers, producers and directors and in particular the amazing cast and crew of GH for allowing me to be a part of their show.

Here are some interesting excerpts from Easton’s responses to fan questions:

Question: As recently as a few weeks ago (with zero storyline) you were voted #1 actor on ABC in the SOAPS IN DEPTH readers’ poll. In the middle of a ratings battle how do they justify letting one of the most popular actor’s in daytime just go to a rival show?

Easton: Well I don’t know where I’m going, it’s just time to go. And I don’t think production or the network needs to justify anything. They all work very hard and if they believe this is what’s best for the show and increasing viewership then I have to respect that.

Question: Did anyone at ABC ever hear of loyalty? What about what they’re doing to the actors with young kids at home?

Easton: They have been good to me over the years. I appreciate your concern but business is business. It’s my responsibility to provide for my family, not the network or the show.

Easton: I don’t think so but you’d have to ask them. For me it’s always been about the work. And right or wrong, at the end of the day, I live with myself.

Interestingly, Geary pointed out in his scathing exit interview that talented actors who are not constantly on social media and/or have a six pack are bypassed for those who pimp themselves out more on Facebook, Instagram and Twitter.

Question: How could Ron have done this to you? It was widely reported that you were one of his favorites.

Not sure who reports these things but I don’t think that could be further from the truth. That being said I like to give the benefit of the doubt and I believe Ron will re-emerge from this experience as a wiser and even better writer.

This is where the interview gets juicy. “Further from the truth” seems to imply that Carlivati did not like Easton at all. Geary called out Ron C for never having spoken to him – was Carlivati also giving Easton the cold shoulder? And if so, why? What is wrong with that guy. And by “this experience” you know that Easton is having a poke at Carlivati’s firing shortly after Easton’s death scene was filmed.

Question: Wait…this was Ron’s story right? Now that he’s gone – thank heavens — can’t this situation be reversed and you stay on the show?

Easton: It’s a little unfortunate, as I believe the show is in good hands with Jean Passanante and Shelly Altman and it would have been nice to see what they might have done with the character but I’m afraid what’s done is done.

Easton does seem positive about the new co-head writers even though he’s obviously lamenting the death of Silas.

Question: I follow about a dozen of the actors in the cast on twitter and am a little surprised that with the exception of NLG no one tweeted anything on your last day or during Friday’s heartbreaking reveal. Even Valentini whom you worked with for like eleven years and is always sending out mundane tweets couldn’t at least say, “Goodbye Michael. Good Luck”. Sounds to me like the network just wants this terrible decision to go away quietly and has warned everyone not to draw attention to it. #classless.

Easton: I’m not on twitter so I don’t really know about this stuff. I can’t imagine the network would censor anyone like that. It may just be a timing or plot thing. So many of the cast came up and said kind things to me my last day and I appreciated that more than they’ll ever know.

Pretty tacky of Valentini, you have to admit. The only mention on Valentini’s Twitter feed was this “Who killed Silas? Get ready for a month long #GH murder mystery!” No goodbye to Easton evident.

Question: Classic Cartini move (assuming this is one of Ron’s desperate final acts). With ratings falling month after month instead of taking responsibility for some poor storytelling they start firing actors as if to imply it’s their fault. I just checked the episode counts and in this case they’re letting go a great actor who worked the second fewest episodes of anyone under contract in that time. Does that make any sense to you?

Easton: Someone’s always coming and going. It doesn’t have to make sense. It’s like “Logan’s Run”. It’s just my time.

Question: I’ve seen pictures in magazines and they usually have cake for the actors on their last day. Please tell me it was a Whiskey cake or Rum raisin and everyone got bombed a little.

Easton: No cake and that’s my fault, they offered. I always thought it was a bit arbitrary to say goodbye to good friends and then start eating pastry. Late one night I tipped a glass back in the show’s honor, thanked the universe for allowing me to be part of it and wished them all happiness and success for years to come.

Did they really offer or did the show runners just kick Easton to the curb without ceremony?

Eaton: Every show, every character, for that matter, is one inspired storyline away from turning it all around. A wealth of hard working talent remains in that building and if anybody can make it work they can.

This is just part one of the interview posted on Easton’s Facebook wall thus far. He has promised more and we’ll share what other juicy tidbits Silas Clay and Michael Easton have to share. Come back to CDL for more General Hospital spoilers and news.