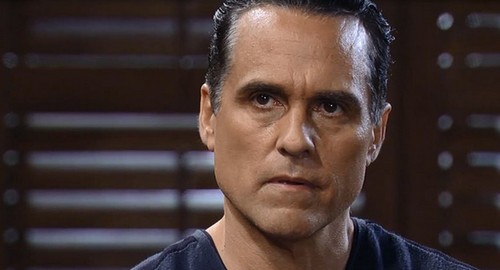 Even before official word came out, CDL revealed in a “General Hospital” spoilers post that Ron Carlivati was fired. And GH fans across the globe rejoiced! Now that Carlivati is out, it’s up to the dynamic co-writing duo of Sherry Altman and Jean Passanante to supercharge GH and turn the ratings mess around.

During his tenure, Carlivati has developed some of the worst plots in Port Charles’ history including the Levi Dunkleman/Peter Harrel Jr (Zachary Garred) mess, the Luke Spencer/Fluke (Anthony Geary) DID junk, the endlessly non-revealed “secret” of Rosalie Martinez (Linda Elena Tovar) and allowed Jake Doe (Billy Miller) to go unrecognized in his home town for so freaking long even though it’s obvious who he is.

We can only hope the Passanante/Altman team can do better – even if they threw darts at a board of overtired soap plots, they could out-write the sloppy Ron Carlivati. But we expect far more from them than that. With that in mind, here’s some things we’re hoping for…

#1 Shore up the too long storylines ASAP
Tell Jake he’s Jason, reveal Rosalie’s secret and tell us why Brad Cooper (Parry Shen) called off the wedding. Then start fresh with stories that are spawned, fleshed out and realized fully in no more than two months. It’s irritating to watch a story lag like that and it robs us of screen time with the full gamut of characters.

#2 Quit rewriting AND dredging up history
Jake Spencer (James Nigbor) was dead – well and truly dead. And his resurrection now requires major rewriting of history. Why go there? His death was a tragic but great storyline and now it’s like “just kidding.” NO! And do we really need to see Sonny Corinthos (Maurice Benard) and Carly Corinthos (Laura Wright) married again? No. So much better when they are at odds. Let’s see Sonny date Tracy Quartermaine (Jane Elliot) instead.

#3 More makeups and break ups please
Right now in GH, we’ve got many existing couples Sonny/Carly, Nathan/Maxie, Liz/Jake, Sam/Patrick – that seem to be happy and then far too many others who have no romantic attachments at all. Aside from the Morgan/Denise/Kiki triangle, there’s not enough forbidden romance, cheating, heartbreak and reconciliations going on. No one wants to see Luke’s DID – we want more fun, more romance, more sexy drama.

#4 Less babies and kids please
Of course it’s fun to bring in an unexpected pregnancy to reveal cheaters and spawn a debate about paternity like the Julian Jerome (William deVry) deal with Olivia Falconeri (Lisa LoCicero) but after that, babies get in the way of the grown up story lines. Can’t we catch people cheating by finding missing earrings or a pair of tawdry panties left in the sofa? The kid stuff is cute, but honestly, grown ups doing grown up stuff is more enticing.

#4 Pace, pace, pace
The main criticism of GH is that everything moves too slow. This protracts stories painfully and leaves fans frustrated when things take far too long to come to fruition. Pick up the pace – and leave off flashbacks to material we already know. Fans know the Port Charles canon as well (or even better) than the writers. We don’t need you to waste screen time reminding us of things. Most one hour shows offer 40 minutes of story – GH is even lower at just over 30 once you take out all the ads, credits and previews. Give us more story in our 30 minutes or ratings will keep dropping.

While both Passanante and Altman have worked under Ron Carlivati, let’s hope that they didn’t learn to write like him but instead learned what NOT to write. Anthony Geary threw Carlivati under the bus in one of his last GH interviews and accused him of sloppy writing and hyper-controlling the actors. Hopefully the team of chick writers will let their fine cast of actors flourish and will take GH in a new, fresh direction – or else…

Check back with CDL often for more “General Hospital” spoilers, updates and more.

Tomorrow we say goodbye to Luke. It’s been a wild ride. #FarewellTony https://t.co/PBEnvyjGUQ