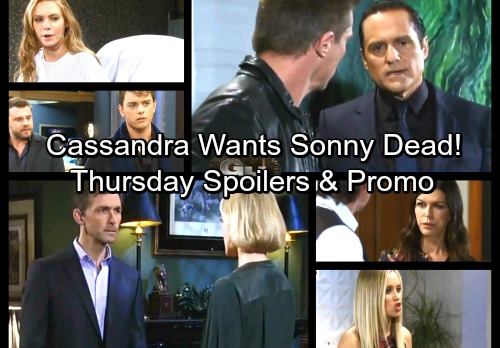 General Hospital (GH) spoilers for Thursday, December 28, tease that Lulu (Emme Rylan) will approach Peter (Wes Ramsey) with an idea. Now that she’s had a taste of gripping investigative journalism, Lulu never wants to stop. She’ll tell Peter she wants to follow up the election story with something just as big.

Peter has been fishing for an interview with Jason (Steve Burton), Drew (Billy Miller) and Sam (Kelly Monaco). He wasn’t able to score one, but maybe he’ll give Lulu a crack at it. If Lulu can get Peter this exciting scoop, she’d add her name to another impressive article. Of course, Lulu could land in hot water if she digs deeper. The traitor’s out there and he or she could pose a serious threat. 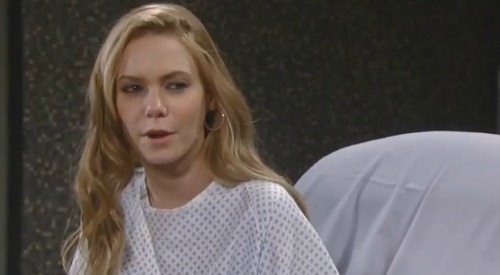 Speaking of threats, someone will give a veiled one to Nelle (Chloe Lanier). Since Monica (Leslie Charleson) will examine Nelle at GH, maybe she’ll warn her about causing trouble for Michael (Chad Duell). In the hall, Jason (Steve Burton) will wonder if Michael’s sure this is his baby. Michael isn’t certain of that yet, but he’ll probably tell Jason there’s a good chance he is.

Michael will try to gain some support from other loved ones in Thursday’s episode. Nelle will have some hope thanks to Michael’s changing attitude, but drama’s brewing down the road. In the meantime, Cassandra (Finola Hughes) will have an intense discussion with Valentin (James Patrick Stuart). She’ll insist that Sonny (Maurice Benard) needs to be eliminated. 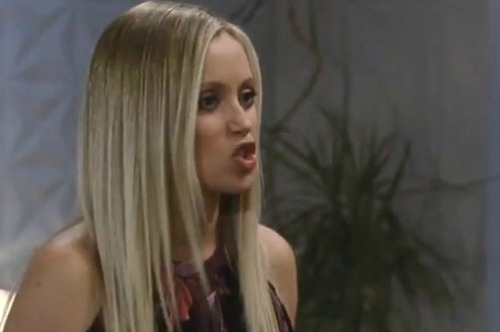 Valentin should have some concerns about going up against Sonny. He recently caved when Alexis (Nancy Lee Grahn) threatened to use Sonny against him, so he’d obviously like to avoid a war. Valentin is playing Cassandra anyway, so he’ll do his best to think fast and wiggle out of danger.

Elsewhere, Finn (Michael Easton) and Anna will reevaluate their partnership. Their investigation is wrapping up, but neither one of them wants this to end. Nevertheless, Anna will probably play it cool and suggest that she can take it from here.

Finn will refuse to walk away before they officially take Cassandra down. He’ll declare that whether Anna likes it or not, she’s stuck with him. Finn and Anna will have a lot to talk about once the Cassandra case concludes. They’ll have to find out if they can make this romance work without all the scheming.

Other General Hospital spoilers say Carly (Laura Wright) will hear Sam’s exciting news. She’ll discover that Drew proposed and Sam accepted. Carly will congratulate Sam on her engagement, but she won’t be ready to give up on a “JaSam” reunion just yet. GH fans can expect Carly’s sabotage to keep Sam and Drew apart on New Year’s Eve!

Before Carly puts her plot in motion, Jason will stick to Sonny like glue. His pal will call him out on avoiding Sam, but Jason may think giving her space is the right thing to do. He should change his mind about that sooner or later. We’ll give you updates as other General Hospital details emerge. Stick with ABC’s GH and don’t forget to check CDL often for the latest General Hospital spoilers, updates and news.