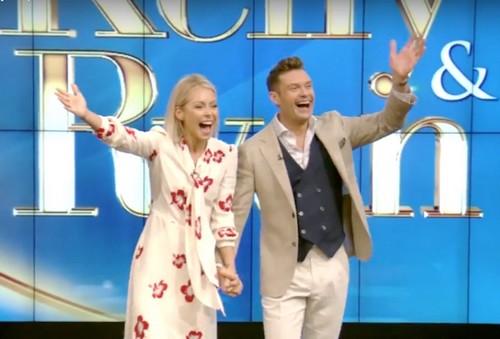 Kelly Ripa grilled an uncomfortable Ryan Seacrest about his love life on his first day of ‘Kelly and Ryan Live!’ Kelly announced on Monday, May 1 that Ryan would be her official new co-host. And apparently, she’s wasting no time in making Ryan open up about his personal life.

During the Wednesday, May 3 episode of ‘Live With Kelly and Ryan!’ Kelly Ripa asked Ryan about his personal life and dating history. Ryan is currently dating model Shayna Terese Taylor, but he does have a long and colorful history of dating famous celebrities. She started things off by asking, “So, let me ask you a question. Have you ever been engaged?” 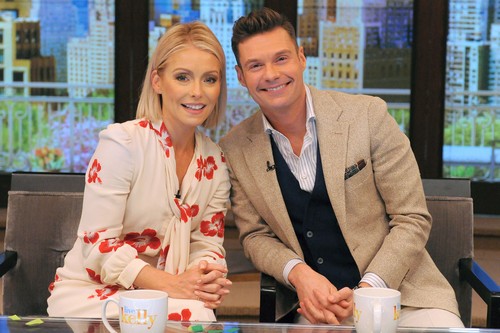 A new era in daytime television began today when Kelly Ripa introduced the permanent co-host joining her on the top-rated, Emmy-winning “Live” franchise: Ryan Seacrest is the new co-host of the newly-rechristened “Live with Kelly and Ryan,” May 1, 2017.[/caption]

Ryan Seacrest responded with, “I did get close and I didn’t do it and it was the right move. But I love the idea — and I know you’re going to ask me — of marriage because my parents have been married for 47 years, and so I have this thing — and you’ve been married 21.”

As many fans know, Ryan has been linked to a number of women throughout the years. Some of his high-profiled relationships included Spanish pop star Paulina Rubio and Playboy playmate Sara Jean Underwood. He was even spotted getting up close and personal with former ‘Desperate Housewives’ star Teri Hatcher in 2006. 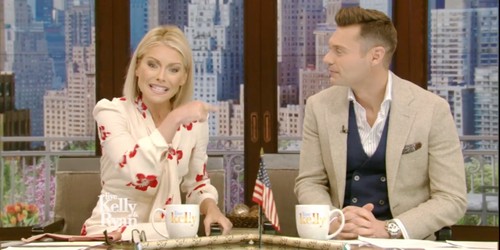 But a lot of people remember Ryan’s relationship with ‘Dancing With The Stars’ alum Julianne Hough. The couple dated for three years after meeting an interview. In fact, a lot of people think that Ryan might have proposed to Julianne, since she was his last long-term girlfriend. Sure, he’s moved on with models like Dominique Piek and Shayna Taylor, but his romances with the women were short-lived. No one knows why Ryan and Julianne broke up, but they both hinted that their hectic schedules were to blame.

But now that Ryan will be splitting his time between New York City and Los Angeles, it will probably be even more difficult for him to spend time with his girlfriend, Shana. Ryan will be spending Monday to Thursday filming ‘Live!’ in New York before jetting back to Los Angeles for the weekends.

Clearly, Kelly Ripa wants to know all of Ryan’s personal secrets. And knowing how unfiltered she can be in front of the television cameras, there’s a good chance that she’ll be asking more uncomfortable questions in the future, whether Ryan likes it or not. Don’t forget to check back with CDL for all the latest news on Kelly Ripa right here!