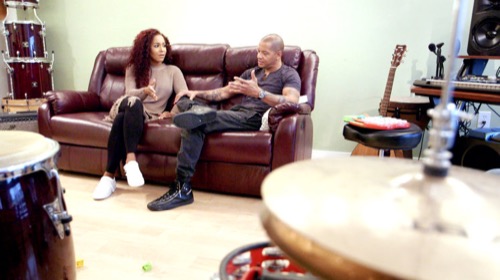 Tonight on VH1’s hit series Love & Hip Hop airs with an all-new Monday, February 6, 2017, season 7 episode 13 and we have your Love & Hip Hop recap below for you.  On tonight’s Love & Hip Hop season 7 episode 12 as per the VH1 synopsis, “Conclusion. Yandy Smith-Harris confronts Juliet “Juju” C again; Tara Wallace and Amina Buddafly see each other for the first time in more than one year and Samantha’s reeling from a visit to Mendeecees. Later, Yandy doesn’t show up at Lil Mendeecees’ birthday party.”

On this week’s episode of Love and Hip Hop New York the ladies are celebrating their last day in Mexico. Cardi and her sister Hennessy are talking about Hennessy’s plans for when she gets back. Cardi tells her “Mom is already proud of me and she wants to be proud of you too. A lot of people have degrees and don’t know what to do with them.” Hennessy says “I already have plans to meet with the manufacturer when I get back so don’t worry. I plan to make you proud. I want to make big money like you.”

Meanwhile, there is still major drama between Yandy and Juju. Yandy goes to try and talk to Juju about the stories in her book again. Yandy says “You have to admit that the one story about the flirting-” Juju interrupts her and tells her “It’s not about you. Please just stop.” Yandy eventually apologizes and the two women hug and make up.

Now that the Creep Squad has made amends and Cisco has apologized to all of the fellas Rich has decided to surprise everyone with a clothing venture that celebrates the creep squad. Ashley isn’t really feeling the clothing venture. She tells her dad “You need to leave the creep squad alone. I don’t want a stepmom who is ratchet so I am going to be picking out your dates from now on.” Rich is amused to hear this.

Ericka returns from visiting Mendecees in prison and is shell shocked when she finds out that both Samantha and her mother, pam have been blocked from coming to the jail to see them. She reveals this news when she sits down to dinner with her mother and Ericka. Samantha says “I blame Yandy. She is on this motherly trip about planning little Mendecees birthday party, but she hasn’t contributed one cent nor one idea, but she can has time to go to Mexico. I don’t like how she is doing things at all.”

When Kimbella returns from Mexico Jules has a romantic surprise for her. He has flowers and wine. They talk about the trip and Kim tells him “Yandy brought work because she brought Bianca. I had to make sure things were right with my man.” Jules tells her “I see what you go through now. I just wanted to tell you that I have the ultimate respect for what you do holding this family down.” KImbella is so excited. She tells him “Thank you.” Remy is still

Remy is still struggling with the loss of her baby so she decides to go visit her friend Joe to talk to him about what she is going through personally. Joe tells her “From this point on you should be working toward slavery.” Remy tells him “From this point on I have to put some of my energy into my personal life. I want to have a baby.” Joe tells her “I want you to have a baby and be happy, but does Pap know what kind of baby shower he is going to have to come up with?” Remy laughs.

Yandy and Samantha meet up so that Samantha can invite Samantha can invite Yandy to her son’s birthday party. The meeting quickly goes south. Samantha tells Yandy “If you want these kids together you need to come down off this high horse.” Yandy tells her “I’m not on a high horse.” Samantha tells her “If anyone should understand the drama he brings to us it’s you. You should try and build a relationship with Ericka.” Yandy responds “I don’t want to talk about Ericka. I didn’t come here for that. Ericka is just mad because Mendecees loved me more than he loved her.” Samantha asks her ” Are you finished?” Yandy tells her “Yeah are you?” Samantha says “Bye Hollywood.”

Rich is ready for the first blind date set up by Ashley. He is surprised when he is met by Ashley’s mother Miracle. The two of them decide to sit down and have dinner. Miracle asks him “Do you want to have more children?” Rich says “Tough question because I haven’t been there from day one for seventeen years, so yes I would love to have another child and do it from day one.”

Peter has his daughters from Amina in town to visit with Tara and his sons. While they are there Peter and Amina have a heart to heart and Peter tells her “You know what comes after separation right? Divorce.” Amina is devastated when she hears this because she was hoping that they could work things out. Peter tells her “At some point you have to look in the mirror and ask yourself How much more can you take?” Amina tells him “That’s fine. I understand that you don’t want me.” \

Kimbella and Yandy meet up for the first time since their trip to Mexico to hang out and watch movies. Yandy tells Kimbella about the meeting between her and Samantha. Yandy tells her “Samantha tells me that we will never get along until you accept Ericka.” Kimbella says “I’m tired of hearing this. It’s been a year of you dealing with this.” Yandy says “Honestly Kim I don’t want to deal with this anymore so I don’t even know if I’m going. Either we going to leave in peace or they’re going to leave in pieces.”

Peter brings all the kids together to celebrate little Bronx. Peter is talking to Amina trying to get her to come back to New York with his daughters. Amina is not having it. She tells him “There’s nothing here for me except trouble.” Peter says “It doesn’t have to be that way.” Amina says “Do you really think If I came back here we wouldn’t fall back into our old ways?” Peter says “The old me would say whatever I had to in order to keep the babies close.” Amina laughs and tells him “See it’s the babies you want close, not me.”

While they are outside talking the boys and Tara show up and Amina does not seem happy. Everyone seems to be getting along really well. Peter makes a moving speech while the whole family is together. Peter says “I still hope to win Tara back and show Amina that being apart is what’s best for us.” The two women sit down. Tara says “At the end of the day it’s not about who did what. I want my kids to know their siblings and for us to come together.” Amina agrees and the two women embrace.

Little Mendecees birthday party was a huge success and everyone had a great time. Yandy decided not to show up. Kimbella has decided to show up instead. Kimbella says “Yandy did not ask me to show up. I did that on my own.” There is a large commotion going on. Samantha says “If she keeps it up she is going to get beat up again.” Everyone heads outside and the fight is on!