BY Heather Hughes on November 1, 2017 | Comments: one comment
Related : Soap Opera, Spoiler, Television, The Bold and the Beautiful 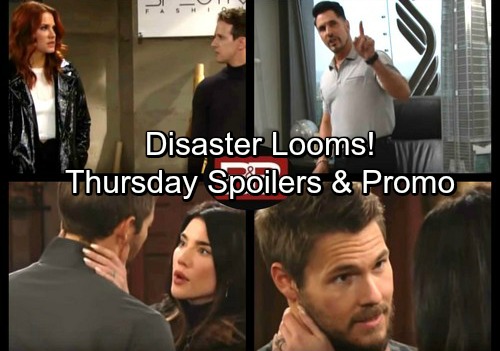 The Bold and the Beautiful (B&B) spoilers for Thursday, November 2, tease that Bill (Don Diamont) will be determined to carry out his plan. He’ll insist that the Spectra location belongs to “Sky.” Bill won’t be willing to back down or move his skyscraper to a less than ideal spot. He’s ready to flatten Spectra and give Spencer’s future a boost.

However, Liam (Scott Clifton) just won’t be willing to throw in the towel yet. He’ll work to convince Steffy (Jacqueline MacInnes Wood) that supporting Sally (Courtney Hope) is the right move. Steffy still won’t think the danger is worth it. She’ll grip Liam’s face and beg him to call this off. 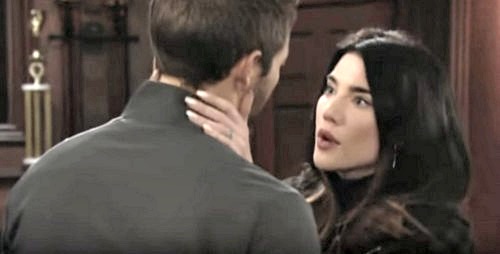 Steffy will point out that demolition is set for today. She won’t want Liam to put his life on the line for Sally’s sake. Nevertheless, Liam will argue that Sally deserves to have someone in her corner. He’ll reiterate that Bill has made Sally and her crew miserable. Liam just wants to make things right, but Bill fights him every step of the way.

Besides, B&B spoilers say Liam won’t think there’s any real threat. He’ll suggest that this sit-in will force Bill to postpone or even cancel the demolition entirely. Liam will hope that Bill will change his mind after their peaceful protest.

Of course, Liam’s delusional if he believes something like that could actually shift Bill’s perspective. Bill’s not a patient man and tactful solutions aren’t his style. Over at Spectra Fashions, Sally will also be filled with false hope. She’ll tell Saul (Alex Wyse) and the others that with Liam by their side, maybe there’s still a chance the Spectra building will stand. 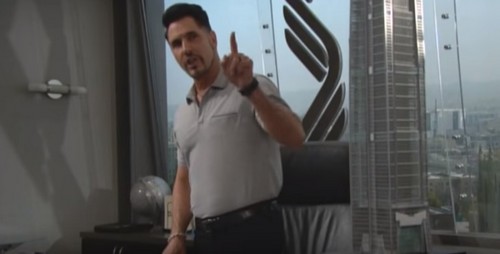 Liam will eventually arrive to kick off their sit-in. He can’t make any promises, but Sally will still appreciate the fact that he’s trying to make this happen for her. The Bold and the Beautiful spoilers say Sally and Liam’s bond will strengthen as they continue to battle Bill.

These dreamers are about to go through a rough ordeal together. Once Bill demolishes the building anyway, Liam and Sally’s lives will be in jeopardy. We’ll give you updates as other Bold and the Beautiful news comes in. Stay tuned to B&B and don’t forget to check CDL often for the latest Bold and the Beautiful spoilers, updates and news.