The Young and the Restless Spoilers: Hilary’s Nude Photos Come Back to Haunt Her – Victoria Steals Abby’s Job

BY Heather Hughes on November 5, 2017 | Comments: one comment
Related : Soap Opera, Spoiler, Television, The Young and the Restless 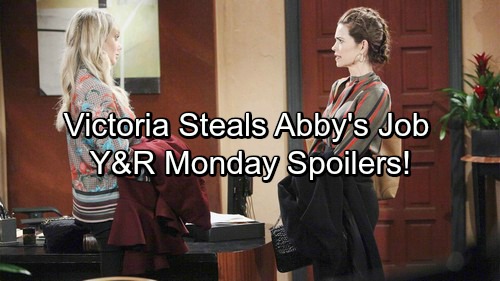 The Young and the Restless (Y&R) spoilers update for Monday, November 6, tease that Jack (Peter Bergman) and Billy (Jason Thompson) will enjoy their reconnection. They’ll bond again once Jack picks his brother up from the hospital. Billy will decide to stop by Phyllis’ (Gina Tognoni) apartment. He’ll hope she’ll be willing to take him back after his difficult ordeal.

When Phyllis declares she isn’t interested, Billy will head to the Abbott mansion with Jack. Victoria (Amelia Heinle) will show up to check on Billy a little later. She’ll be glad he’s doing well, but she’ll stand by her decision to fire him from Brash and Sassy. Victoria will admit she found a way out of her jam, but she won’t reveal anything more. 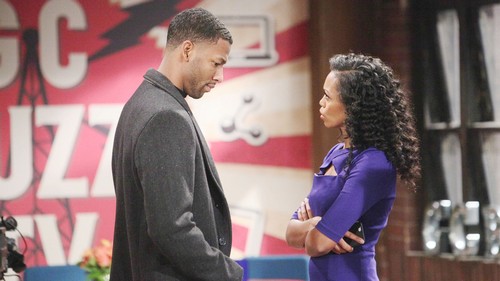 Victoria will also pay Victor (Eric Braeden) a visit in Monday’s Y&R episode. She’ll play hardball as they negotiate a deal. Victoria will contend that she needs the COO title to make this happen. She wants to be Victor’s new right-hand woman, so Abby (Melissa Ordway) will just have to take a backseat.

While Victor and Victoria reach an agreement, Abby will grow paranoid. She’ll suspect that Victoria’s up to no good, but Zack (Ryan Ashton) will suggest that she worries too much. Abby will note that she really likes having Zack around. When Abby brings up the idea of living together, Zack will eventually get on board.

Other Young and the Restless spoilers say Paul (Doug Davidson) will have a chat with Sharon (Sharon Case) and Scott (Daniel Hall). He’ll confess that he hasn’t gotten very far in the sex ring case. Paul won’t be so sure Zack is guilty, but he’ll agree to check into the massage parlors link.

Afterward, Sharon will share the latest news with Tessa (Cait Fairbanks). They’ll wonder if Crystal (Morgan Obenreder) is the only person who can help bring Zack down. Sharon will pass that thought along to Paul and he’ll attempt to figure something out. 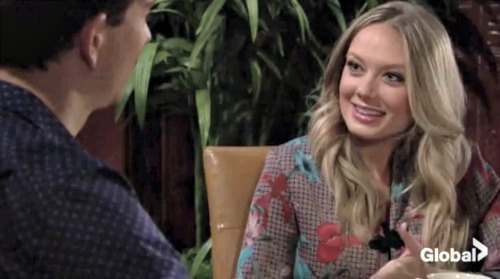 Meanwhile, Noah (Robert Adamson) will mull over the fire and how he wants to rebuild. He’ll cause some awkward moments when he tries to get Mariah (Camryn Grimes) and Tessa to hang out. Elsewhere, Hilary (Mishael Morgan) will hope to pry some info out of Chelsea (Melissa Claire Egan). She’ll want to know all the secrets in Jordan’s (Darnell Kirkwood) dark past.

Chelsea will refuse to divulge anything, so Hilary will offer a warning. She’ll hint that she could come after Chelsea, too. Hilary will think it’d be in Chelsea’s best interest to cooperate, but Chelsea will choose a different tactic. She’ll tell Jordan what’s going on and snap at him to handle this ASAP. 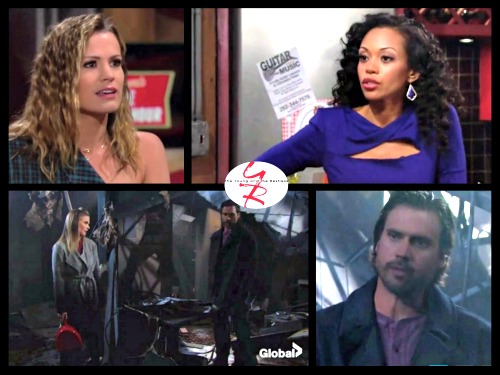 The Young and the Restless spoilers say Hilary’s nude photos will come back to haunt her. Jordan will explain that he has copies and he’s not afraid to use them. Hilary could pay the price if her plot moves forward.

Finally, Nick (Joshua Morrow) will wonder if it’s time to walk away from The Underground. He’ll consider heading down a different career path and Chelsea (Melissa Claire Egan) will back him up. She’ll assure Nick that she’ll be 100-percent supportive of whatever choice he makes.

It looks like changes could be brewing. We’ll give you updates as other Y&R details emerge. Stay tuned to the CBS soap and don’t forget to check CDL often for the latest Young and the Restless spoilers, updates and news.