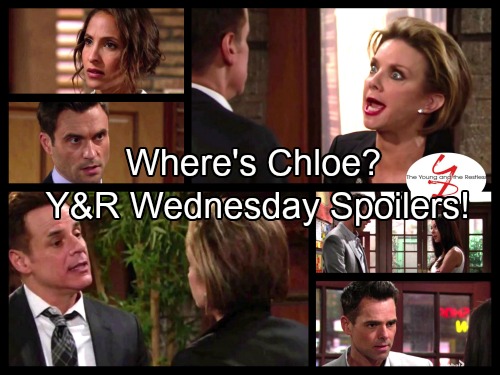 The Young and the Restless (Y&R) spoilers for Wednesday, June 7, tease that Gloria (Judith Chapman) will get a bit touchy. It’s been a tense day for everyone who attended Chloe’s (Elizabeth Hendrickson) funeral. There were outbursts, fights and plenty of tears. It seems Gloria just wants to take Kevin (Greg Rikaart) home and start the healing process.

Gloria will wonder what the holdup is, but Michael (Christian LeBlanc) will insist that it’ll just be a few more minutes. He’ll note that Kevin wanted to say a private goodbye to Chloe. The Young and the Restless spoilers say Gloria will immediately get irritated over the delay. She’ll suggest that it shouldn’t take this long to bid a dead woman farewell. 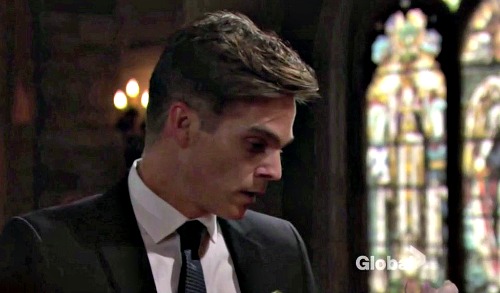 While Michael urges his mom to have some compassion, Kevin will be unconscious next to Chloe’s casket. Someone opened it from the inside in Tuesday’s episode, so fainting was obviously an acceptable response! Is Chloe really the one who pushed the lid up? If so, she may be gone by the time Kevin awakens.

Y&R buzz suggests Chloe might make a break for it in hopes of evading arrest or being thrown back in a psychiatric facility. The Young and the Restless spoilers say Kevin will be on a mission to find Chloe soon. Maybe he’ll eventually catch up with her so they can have a joyful reunion. They might even choose to raise Bella (Gia Poeme) in hiding. Stay tuned to see what’s ahead in this hot plot. 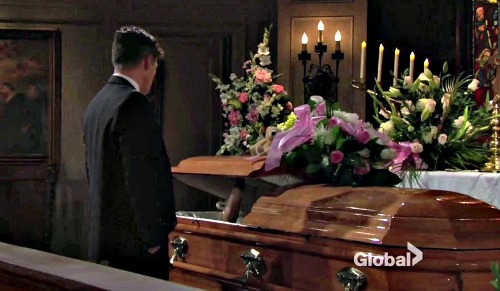 Across town, Juliet (Laur Allen) will have some advice for Billy (Jason Thompson). Y&R fans know that Cane (Daniel Goddard) has been doing everything in his power to take Billy down. Juliet will point out that fact to Billy on Wednesday. She’ll insist that Cane has been trying to get Billy fired since her first day on the job.

Billy realizes that Cane wants him out of the company, but he’ll still be concerned about Victoria (Amelia Heinle). Brash and Sassy’s reputation is on the line. Nevertheless, Juliet will contend that Billy needs to be smart and back her up. She’ll promise that Cane is going to pay the price for his mistakes. 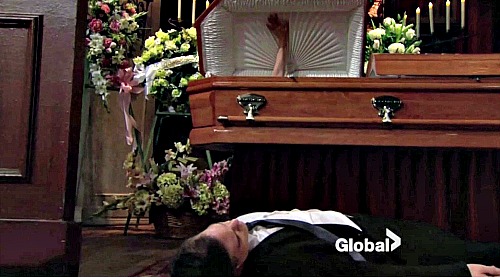 Elsewhere, Cane will tell Lily (Christel Khalil) that he’s being sued for sexual harassment. He’ll likely claim that Juliet made up a bogus story. Cane could argue that Juliet is just upset because she got fired. Of course, Hilary (Mishael Morgan) will make sure everyone knows the truth soon enough!