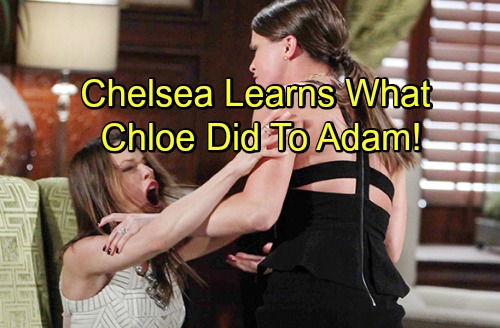 The Young and the Restless (Y&R) spoilers tease that Chloe (Elizabeth Hendrickson) and Chelsea (Melissa Claire Egan) will continue to look out for each other. These besties have been steadily growing closer, but that’s all going to change sooner or later. Chloe has some shocking secrets and they’ll inevitably come to light at some point.

We all know Y&R loves epic reveals and this one should be a doozy! Let’s break down everything that Chloe has done to her gal pal lately. Chloe played an important role in framing Adam (Justin Hartley) for Constance’s (Sally Kellerman) murder. 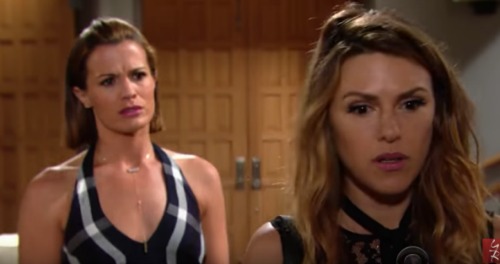 Chloe planted the faked proof that led to Adam’s incarceration. Chelsea hated to see her husband go through so much pain for something he didn’t do. That’s strike one. Next, Chloe wouldn’t cooperate when Victor called for Adam’s release. She hid Sage’s (Kelly Sullivan) journal entries and insisted that Adam was going to stay behind bars.

Chelsea crumbled when Adam spiraled out of control in the slammer. By the time Chloe handed over the pages and the cops found them, Adam had beaten a guard into a coma. He was looking at a lengthy stint in prison anyway and it was mostly Chloe’s fault.

Victor shared some blame, but Chloe withheld the exonerating evidence. Chelsea’s future with Adam was ripped away. 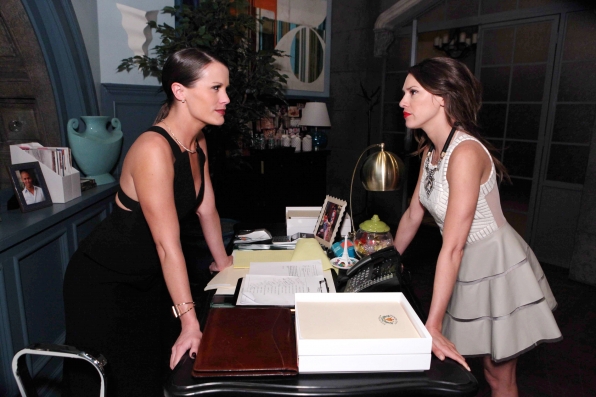 We can lump all of that into strike two for Chloe. Finally, Victor gave Adam and Chelsea a chance to be free. After the escape, Victor made plans for them to start a new life with Connor (Gunner and Ryder Gadbois). The Young and the Restless viewers knew their newfound happiness wouldn’t last.

Despite that fact that Delia’s (Sophie Pollono) death was an accident, Chloe just couldn’t let it go. She went to the secluded cabin, shot Adam with a tranquilizer dart and announced that she wanted to watch him die. Chloe probably isn’t responsible for the explosion, but it doesn’t matter.

Chloe helped launch a chain of events that put Adam in that situation. Now Chelsea is struggling to carry on.

That’s strike three. Chloe is obviously a two-faced lunatic and most of us want to see her get what she has coming. Chelsea will certainly feel that way once she realizes what Chloe has been hiding. The Young and the Restless fans are excited to watch Chloe go from Chelsea’s friend to a full-blown enemy. 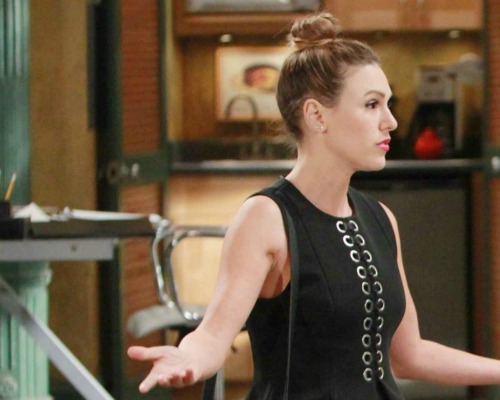 Chloe got what she wanted, but she’s going to pay a steep price. Even Elizabeth Hendrickson is curious about where this storyline is headed. In an interview with Michael Fairman, Hendrickson discussed her thoughts on Chloe’s day of reckoning.

“When this story comes to a head, I am very interested to see what those scenes will be like between Chelsea and Chloe because they are going to be massive,” Hendrickson said. “It’s a really big, huge reveal for her.”

It sounds like things are going to heat up down the road. We’ll give you updates as more news comes in. Stay tuned to Y&R and don’t forget to check CDL often for the latest Young and the Restless spoilers, updates and news.