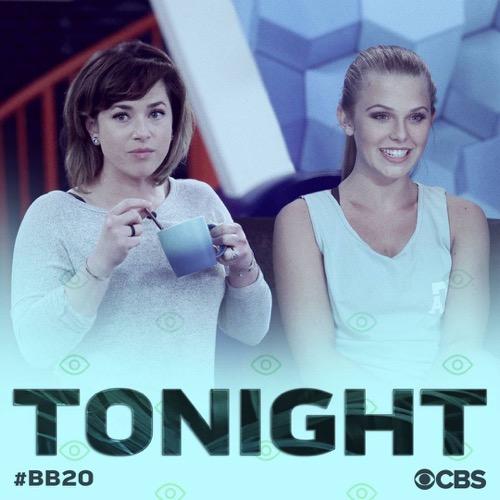 Tonight on CBS Big Brother airs with an all-new Sunday, September 12, 2018, episode and we have your Big Brother recap below! On tonights Big Brother season 20 episode 34 “PoV and Ceremony,” as per the CBS synopsis, “Houseguests compete to win the Power of Veto. During the Veto meeting, the winner of the competition can keep nominations the same, or save someone from eviction for the week. Hosted by Julie Chen.”

Sam has only been on the block for two minutes and she is already freaking out. JC is worried that if either Sam or Haleigh come off the block either he or Brett will go up, little does JC know about Level 6 and he will probably be going up.

Kaycee and Tyler talk game, if anyone comes off the block, JC is going up. Tyler says its the calm before the storm.

Everyone is called to the living room, the final seven get a video message from their families.

JC thinks Fassal was his puppet, now he has transformed into a bromance with Brett. Brett admits that they have grown pretty close and can’t imagine him not being in the house because he is entertaining. On a personal note, Brett likes JC, but he has an expiration date and it may be coming soon.

JC tells Tyler that if either Haleigh or Sam win the Veto and get off the block, he wants Brett put up as a replacement.

Haleigh feels embarrassed, stupid, just disappointed in herself – she only had one thing to do, win.

Tyler tells Kaycee that he doesn’t like JC’s confidence and the fact that he wants to vote out Angela and Brett.

Time for the Veto competition, Kaycee has decided to not use the PoV and keep her original nominations the same.