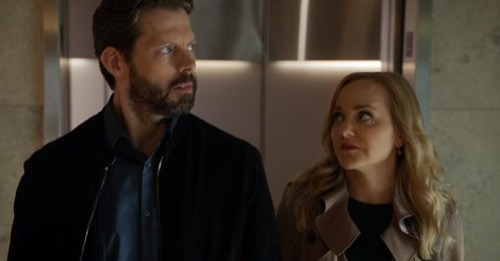 Tonight on CBS their drama Bull inspired by Dr. Phil McGraw airs with an all-new Monday, October 29, 2018, episode and we have your Bull recap below.  On tonight’s Bull season 3 episode 7 as per the CBS synopsis, “Marissa’s restaurateur husband is charged with involuntary manslaughter after one of his employees dies in a kitchen fire allegedly caused by negligence.

During voire dire, Bull and Benny aim to select jurors who will believe the fire was an accident and not a pattern of irresponsible management.”

A woman named Tally is angry the night before at a party. She is mad at her brother Torin. She wakes the next day bloody in her bed. Her brother is dead on the floor. She doesn’t appear upset or surprised. She calls 911 and fake cries that she needs help.

Bull goes to meet Tally in jail. He hasn’t seen her in years. She is a former client. He apologizes if she feels abandoned since they haven’t been in touch since she was 14. She is unemotional and matter of fact. She admits that Torin talked about institutionalizing her since he is her guardian. She admits she got mad and doesn’t know if she killed him. She had another one of her blackouts.

Danny wakes next to Gabriel. She wants to go home to her own things. It is also weird to be in Cable’s old building. Gabriel teases her before giving her his key. Danny doesn’t want it. They aren’t teens and he shouldn’t ruin a good time. He got what he wanted, she tells him. He loves and pushes the key more. She takes it.

At the office, Marissa updates them about Tally, her relationship with Bull and the fact that she has an anti-social personality disorder. She blacks out in what is called a fugue state. Benny cannot believe they are taking the case. They plan to go with an insanity plea.  That night, Bull watches old sessions on tape with Tally where she fakes being upset over her aunt’s death.

In court, the crime scene is detailed. The forensic report suggests Torin was stabbed with scissors and whoever killed him tried to staunch the blow flow with sheets, an act of remorse. Benny is beside himself because this shows Tally as capable in a fugue state. For Bull, it is good news because Tally would never show empathy or remorse. She is incapable. Now they have to figure out how to tell the jury Tally didn’t do it after all because she is insane.

In the judge’s chambers, everyone is upset over the change in plea but it is granted. Back at the office, the team begins looking at who attended the party.

On the stand the next day, a friend of Tally and Torin details the duo’s relationship, pointing out that they loved each other. But the night of the party, Torin was afraid of her.

At the office that night they all try to figure out who the rest of the party guests were. Chuck thinks it could be Tally. But Bull still disagrees.

Marissa hands drawings created by Tally in jail. They are drawings of her brother being killed. Bull is in trouble. He heads to see her and she explains she was just doing what he taught her, a way to fill in the blanks.

The next day when the pictures are presented, Bull makes a bold move and has tally take the stand. She explains her lack of empathy. And while she cannot love like others, her brother was the only one who loved her so why would she want to kill him and make that go away.

Danny tracks down one of the partygoers who was arrested with roofies after the party. Bull points out that Tally may have been roofied. She did say her blackout felt different this time around. Bullheads to see the man in custody.

At court the next day, Benny details how he has figured out that Torin’s best friend slipper Tally a roofie and when Torin caught him trying to rape his sister he killed him. The jury goes wild. The best friend was previously accused of doing the same back in college.

Benny gives his closing argument, painting the picture that Tally was framed because of her disorder. The jury finds Tally innocent. Bull has set her up with a facility where she can go and feel a bit more normal. She agrees to give it a look.