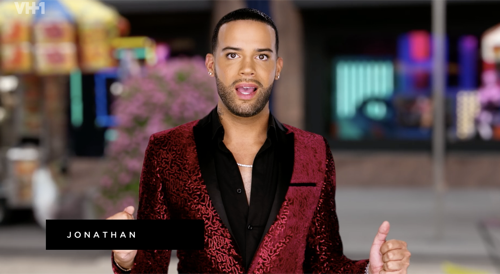 Tonight on VH1’s hit series Love & Hip Hop New York returns with an all-new Monday, December 3, 2018, episode and we have your Love & Hip Hop Atlanta recap below for you.  On tonight’s season 9 episode 2, “I’m Telling,” as per the VH1 synopsis, “Before celebrating his birthday, Jonathan wants to make sure Kimbella squashes her beef with Yandy.”

Juju visits Kimbella. They talk about Juelz’s situation with his plea deal or jail time. They don’t know what to do. Kimball knows this is all about the drugs. If he never did them this wouldn’t have happened. Juju comforts her.

Alexis comes to see her grandmother who is watching her daughter. Her grandmother is her only support system to her in New York. It has been tough because her daughter has health issues and requires a lot of medical care and appointments. She tells her grandmother how she has been signed by a label. It might be a little tough with Fetty involved. He is her daughters’ father, even though he hasn’t taken a DNA test. She doesn’t want the child support. She has her own money.

Juelz is in the studio. His friend Maino comes to see him. He did time so he will know what it’s all about. Juelz is worried about what he should so because of the kids. They need their dad, especially in these times and their ages. Maino tells him he needs to have hope.

Cyn, Kimbellaand Jonathan are out shopping and talking. Cyn bought perfume to feel sexy. Jonathan is all about himself these days, he tells them. He is single and he is going to throw himself a birthday bash. They start talking about Yandy going. Kimbellais no longer friends with her ever since she threw her under the bus at a party. Jonathan has his own beef with Juju. They were going to go in on a radio idea but she left him out and stole his ideas.

Yandy and Juju meet up. Yandy tells her all about Jonathan’s party. Yandy is surprised. She didn’t get an invite. Yandy mentions Kimbellaand their feud. She thinks it is petty. She is always going to have a love for her.

Joe brings breakfast in bed to Cyn. He tells her yelling through the streets that she needs more sex wasn’t the best approach. He loves her. She just needs to feel sexy. He tells her that is going to Cabo for some alone time.

Kimbella and Juju meet for drinks.

Juju thinks Kimbellashould be friends with Yandy again. She needs the support. Kimball gets mad. She doesn’t need to deal with her. Juju asks her if she would be ok seeing Yandy at Jonathan’s party. Kimbellais surprised and tells her she may want to talk to him.

Alexis is going to see Fetty. He told her to stop by the studio. She shows up and he isn’t there yet. She waits. All she wants is for him to be a father.

Kimbella brings the phone to the kids. He is days away from making a decision. He talks to the kids and says goodnight. Kimbellaheads to bed on the phone. They talk. This new way of life, her on her own with the kids is difficult.

Its Jonathan’s birthday. He is happy and having fun until Juju shows up. He, Juju, Kimbella, and Mariah Lynn all argue with one another. Jonathan pulls Juju aside so they can talk. Kimbella overhears him telling her things from their lunch date that just aren’t true. They begin to fight. After they all have words, Yandy shows up making Kimbella upset. Jonathan just wants them to talk. They go and sit together. Within seconds they fight. Kimbella is still mad about the party. Yandy thinks she is being absurd. Kimbella gets up and walks away as everyone watches from a distance.