The Bold and the Beautiful Spoilers: Fragile Taylor Must Be Protected – Steam Remarriage Delayed

BY Sean O'Brien on June 23, 2018 | Comments: one comment
Related : Soap Opera, Spoiler, Television, The Bold and the Beautiful 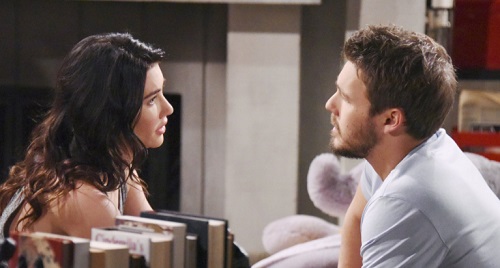 The Bold and the Beautiful spoilers tease that Taylor (Hunter Tylo) is clearly in the midst of a nervous breakdown. Steffy’s (Jacqueline MacInnes Wood) poor soul of a mother must be protected, while Bill (Don Diamont) must also be simultaneously stopped.

As both plot points play out, Steffy felt pressured to delay her remarriage to Liam. Hopefully, she uses this time to consider what must be done to take Bill’s leverage away.

Tylo’s return to B&B was a surprise and it was also necessary to establish the next phase of an arc that’s been playing out since last fall. As devoted viewers recall, Steffy gave into a reckless impulse and slept with Bill at the Forrester mansion guest house.

The writing staff of this show has yet to provide evidence of exactly how Bill knew that Steffy left the cliff house and later arrived at the guest house. That specific soapy point had to be invented in order to create the leverage Bill still holds. 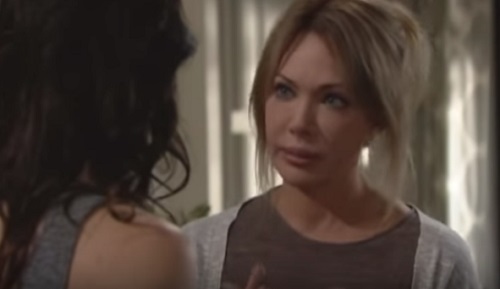 After sleeping with his son’s wife, Bill was later shot in the back. The whodunit was very engaging, originally having Liam (Scott Clifton) tag himself as the shooter, which included a classic black and white flashback that seemed to prove his claim.

But Liam had simply bumped his head, heard his dad offer details of that night in question and then projected said events into imagined reality. Taylor later admitted to being the shooter.

As soon as Tylo’s character told Bill what she’d done power was ceded. He’s used that knowledge as leverage over Steffy, directly threatening to have her mother arrested if she didn’t eventually comply to his marriage request.

Bill actually believes that he’s righting a wrong because he worked to purposely split Liam and Hope (as then played by Kim Matula) years ago. Even considering the presence of Kelly, who apparently is Steam’s baby, Bill still believes that Steffy will marry him.

Does Bill’s confidence go beyond his own infinite ego? It’s surely possible in this bizzaro world of Los Angeles that Bill is Kelly’s biological father. That particular revealed plot point would split Steam, therefore leaving Steffy open to Bill’s proposal.

However, if Kelly is truly Liam’s child then all calculations that Steffy can make are different. She must protect her child, her husband, and her mother from this monster. But how?

Steffy must not withhold the details of Bill’s threat. Doing so would likely prove devastating and probably fracture, or break Steam. Steffy needs her husband to be fully clued in so he can help strategize against his diabolical dad.

All of the above must happen quickly because Bill has convinced himself that the time he’s given Steffy to comply to his blackmail demand is ending.

Hopefully Taylor can somehow be protected from prosecution. She needs help and must get it soon. But Steam needs assistance as well and that is more likely to happen if Steffy tells Liam the whole truth immediately.