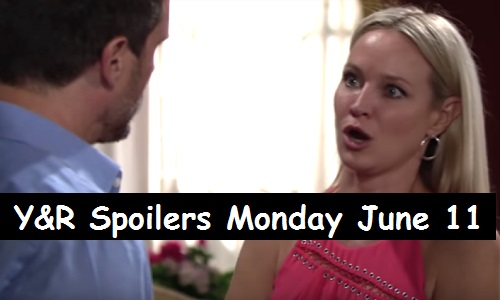 The Young and the Restless (Y&R) spoilers for Monday, June 11, tease that Sharon (Sharon Case) will reassure a worried Nick (Joshua Morrow). As the custody battle draws near, Nick will grow increasingly concerned about losing Christian (Jude and Ozzy McGuigen). He loves his precious boy just like his own son. Nick is certainly Christian’s father in every way that counts.

Sharon will do her best to settle Nick down. She’ll claim she talked Nikki (Melody Thomas Scott) into standing up to Victor (Eric Braeden), so it’s all going to work out. Naturally, Nick will be a bit suspicious. The idea of Sharon talking Nikki into anything at all will seem far-fetched. Nick knows these two don’t exactly get along, so he’ll wonder how in the world Sharon pulled this off.

Meanwhile, Nikki will stew over Sharon’s ruthless threat. She’ll get all riled up again and march back over for a confrontation. Nikki won’t doubt that Sharon would go to the authorities and turn her in for killing J.T. (Thad Luckinbill). She’s aware that Sharon can be a real wildcard and that’s why she’ll throw a hissy fit. 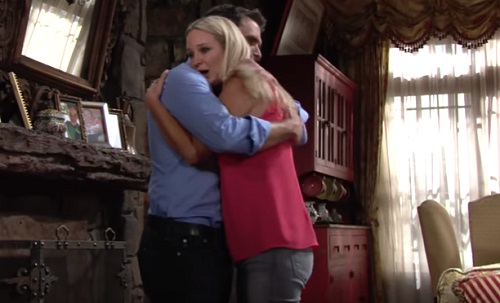 Nikki will warn that Sharon’s playing a very dangerous game. She’ll remind Sharon that if she goes down, the whole cover-up crew will go down with her. That includes Phyllis (Gina Tognoni), Victoria (Amelia Heinle) and even Sharon herself.

Nikki will want Sharon to think long and hard before she makes a mistake she’ll regret. However, Sharon will simply argue that Nikki had better do what she’s told. She’ll suggest that the ball’s in Nikki’s court, so it’s time to get to work on Victor.

Over with Billy (Jason Thompson), it looks like he’ll get caught in Phyllis (Gina Tognoni) and Summer’s (Hunter King) growing conflict. The Young and the Restless spoilers say Billy will try to play peacemaker, but he’ll probably fail miserably. He’s dealing with some of the least peaceful people in Genoa City!

Y&R viewers won’t want to miss all the fun on Monday. We’ll give you updates as other news comes in. Stick with the CBS soap and don’t forget to check CDL often for the latest Young and the Restless spoilers, updates, and news.