BY Heather Hughes on October 15, 2018 | Comments: one comment
Related : Soap Opera, Spoiler, Television, The Young and the Restless 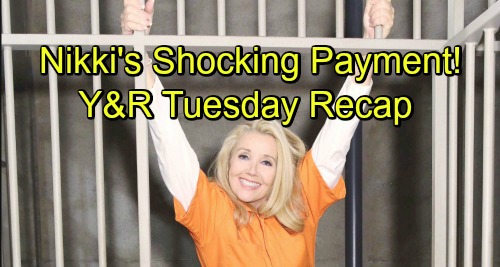 The Young and the Restless (Y&R) spoilers update and recap for Tuesday, October 16, tease that Ashley (Eileen Davidson) will defend her actions. Traci (Beth Maitland) and Abby (Melissa Ordway) will ask how Ashley could be so cruel to Jack (Peter Bergman), but she’ll reiterate that he deserved it. Ashley will rant about how Jack doesn’t treat her as an equal. She’ll feel like her brother always wins, but not this time.

Abby and Traci just won’t think there’s any excuse for Ashley’s scheme. However, Ashley will stand by it. She’ll understand that Jack may never forgive her, but she’ll insist she’s OK with that. Ashley scored revenge and that’s good enough for her right now. When pressed by Traci, Ashley will admit she has no regrets about making Jack suffer.

Meanwhile, Billy (Jason Thompson) will return from rehab and wonder what’s up. After confirming he’s in an outpatient program, Billy will get updates on the paternity plot. He’ll suggest he’s angry with Ash at the moment, too. Billy will be convinced that Ashley set him up for his recent fall down a gambling hole.

After Kyle (Michael Mealor) makes a comment or two, Billy will realize it was him instead. The Young and the Restless spoilers say they’ll nearly come to blows, but Jack will intervene. Of course, Kyle won’t think his plan was all that sinister. He’ll suggest Billy was headed down that road anyway, so he just gave him a nudge and got him down it faster.

Later, most of the family will manage to come together. They’ll feel obligated to pull off Jack’s goal. Y&R spoilers state that Kyle, Billy, Jack, Traci and Abby will appear at the Abbott mansion. They’ll confess that they had a secret board meeting without Ashley. She’ll be stunned to learn that a unanimous vote just forced her off the Jabot throne!

While Ashley deals with losing the CEO position, Nikki (Melody Thomas Scott) will tackle a different problem. She’ll argue with Victoria (Amelia Heinle) and Sharon (Sharon Case) about the blackmail threat before taking action. The Young and the Restless spoilers say Nikki will send a payment. When Sharon examines the transaction page, she’ll be horrified to see that Nikki only sent a dollar.

Nikki will argue that the blackmailer delivered a clear message and she’s giving one in return. She’ll refuse to be intimidated, but she may rethink that strategy later this week. The blackmailer will soon contact the ladies again and this time, he or she will prove there’s a lot at stake!

It sounds like things are heating up in Genoa City. We’ll keep you posted as other Y&R news comes in. Stay tuned to the CBS soap and don’t forget to check CDL often for the latest Young and the Restless spoilers, updates and news.