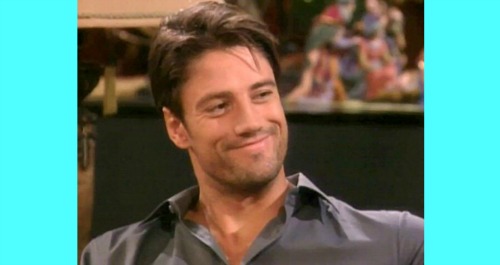 Days of Our Lives (DOOL) spoilers reveal that a popular character is headed back to one soap. A fan-fave role is being recast according to a new Soap Opera Digest blind item. Could that be a fan-fave character at Days? Let’s talk about some possibilities.

DOOL is usually pretty good about getting popular actors back when they can. They try their best to deliver the real deal, but sometimes recasts are necessary. Almost everyone loved Eileen Davidson as Kristen DiMera, but Stacy Haiduk has been a solid replacement. You can’t please everyone, but she puts her own spin on Kristen and it works.

Will Days opt for another fan-fave recast due to some upcoming storylines? There are some good options to consider. Philip Kiriakis (last played by John Paul-Lavoisier) might be one since his name was coming up here and there not too long ago. We heard rumblings about a Philip return plan falling through, but perhaps it’s back on.

Bo Brady Another Character Who Could Potentially Be Recast

Days of Our Lives films several months in advance, so things change over time. They might be cooking up some stories that Philip could get in on. Most DOOL watchers weren’t thrilled about Lavoisier’s portrayal, but Jay Kenneth Johnson’s version could be considered a fan fave. Since Days hasn’t been able to score Johnson’s comeback so far, maybe a Philip recast will shake things up.

As much as Days viewers would probably hate it, Bo Brady (Peter Reckell) is another fan-fave role that could be recast. We doubt this one’s happening though. If they’re going to bring on a new face as a love interest for Hope, it’d probably be better to just make him a new character.

Bo died of a brain tumor in Hope’s arms, so it’d take more work than usual to bring him back from the dead. It’s certainly not impossible in Salem, but why bother if it’s not Reckell’s version? Unless Reckell decides he wants to return, we say let the dead stay dead in this case.

Will Sami Brady Return Again, But With A Recast EJ DiMera?

EJ DiMera might be our best bet if this blind item’s for Days of Our Lives. Again, the show films quite far ahead, so they may already have Sami Brady’s (Alison Sweeney) next return stint lined up.

Poor EJ was bandaged like a mummy the last time we saw him. Kayla Johnson (Mary Beth Evans) admitted EJ would likely be unrecognizable, so it was a clear recast setup.

Is it finally happening? Is DOOL searching for a new dashing DiMera to hit town with Sami? Her return would likely be essential for EJ’s comeback – at least at first. If EJ and Sami split, he could always stick around and find someone new to love.