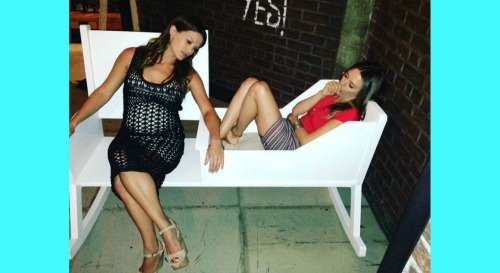 The Young and the Restless (Y&R) spoilers tease that an exciting return is on the way. It hasn’t been that long since Elizabeth Hendrickson wrapped her last stint as Chloe Mitchell, but it’s already time for another one. Of course, it should come as no surprise since Chloe’s love interest is still in Genoa City doing Adam Newman’s (Mark Grossman) dirty work.

Chloe is certainly worried about Kevin Fisher (Greg Rikaart), so she’s asked Billy Abbott (Jason Thompson) to keep an eye on the situation. She wants Billy to make sure Kevin comes home to her, but Billy’s barely keeping it together at this point. He seems to be on the verge of a breakdown thanks to all the pain Adam’s return as stirred up. It’s a feeling Chloe understands all too well! 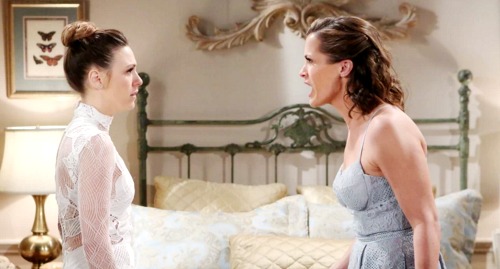 The loss of Delia Abbott (Sophie Pollono) will remain a big factor as this storyline moves forward. It sounds like Chloe will be a big factor as well since Y&R’s bringing her back in the picture. This is fantastic news since Chloe didn’t get the chance to interact with many characters last time around. Another stint means more opportunities for showdowns and shockers.

It’d be great to watch Chloe and Chelsea Newman (Melissa Claire Egan) face off again. In an Instagram post confirming her return, Hendrickson put up an old pic that offers a fun hint. The photo featured both Egan and Hendrickson, so that suggests some Chelsea and Chloe drama’s looming.

Hendrickson’s caption backs up that idea. She said, “Found an oldie but a goodie! Who’s ready for some of this again?! Back at @youngandrestlesscbs and excited for what’s to come.” Egan replied, “The best!!! Can’t wait!!!” 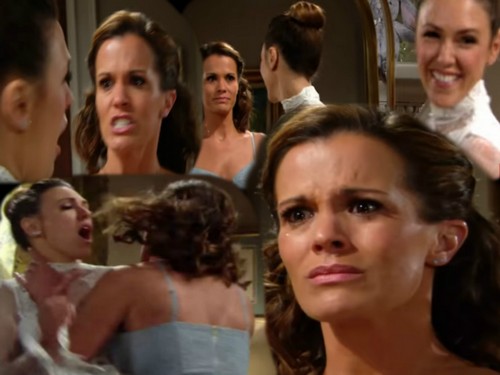 Chelsea may not even be all that angry with Chloe by now. She’s turned against Adam, so she may understand Chloe’s perspective a bit more. On the other hand, Chelsea might view Chloe as the reason everything fell apart. She insisted that things could’ve been so different with Adam. If Chloe hadn’t caused that explosion and Adam’s amnesia, the “Chadam” family would probably be living happily ever after.

Regardless, none of them can change the past. They just have to keep moving forward, so maybe Chelsea and Chloe can find common ground. There’s no word on Hendrickson’s next airdate, but The Young and the Restless spoilers say Chloe will definitely bring some bombshells.

It looks like some twists and turns are brewing in GC. We’ll give you updates as other Y&R details emerge. Stay tuned to the CBS soap and don’t forget to check CDL often for the latest Young and the Restless spoilers, updates and news.

Found an oldie but a goodie! Who’s ready for some of this again?! Back at @youngandrestlesscbs and excited for what’s to come.