BY Kinsley Goldman on May 17, 2019 | Comments: 2 comments
Related : Soap Opera, Spoiler, Television, The Young and the Restless 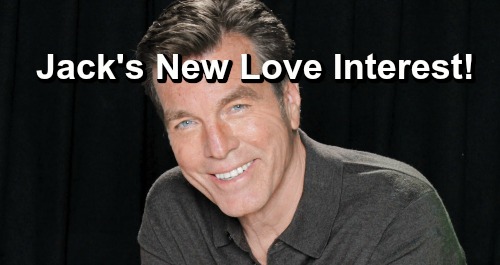 The Young and the Restless (Y&R) spoilers tease that Jack Abbott (Peter Bergman) could soon have a new option in the romance department. Y&R fans can see that Jack and Lauren Baldwin (Tracey E. Bregman) are growing closer. Lauren has even mentioned the idea of playing Cupid. She considers Jack a good friend and doesn’t want him to be a lonely broken heart.

However, Jack and Lauren could be headed into risky territory. Since Lauren is taking such an interest in him, this could spell trouble for her marriage. Although Lauren and Jack have nice chemistry, many Young and the Restless viewers just aren’t on board.

Every soap needs at least one or two sweet, stable relationships. Lauren and Michael Baldwin’s (Christian LeBlanc) marriage hasn’t always been in that place, but they overcame the obstacles and found solid ground. It’s a shame for Y&R to wreck that just to give Jack something to do.

It feels like the show just said, “Why not?” That’s no reason to destroy a loving couple, so Jack needs a better match. Perhaps The Young and the Restless will only test Lauren and Michael’s marriage instead of tearing them apart. That’d leave the door open for another – preferably single – match to enter the picture.

Could Jack hit it off with a new character that’s headed to Genoa City? Eva LaRue has been cast in the role of Celeste Rosales. She’s the mother of Rey Rosales (Jordi Vilasuso) and Lola Rosales (Sasha Calle), so she’s got some family connections in town. Celeste and Jack will have a built-in reason to interact since Lola is dating Jack’s son, Kyle Abbott (Michael Mealor).

It’s easy to imagine Jack and Celeste clashing a bit at first. Perhaps Celeste won’t think Kyle is good enough for Lola. She may feel like Kyle has had everything handed to him and doesn’t understand Lola the way she wants to be understood. Celeste may even feel like Kyle pressured Lola into losing her virginity.

Jack would naturally defend Kyle and talk about what a mess he was when Lola was in the hospital. Maybe Jack could help Celeste see that Kyle’s a good guy at heart, even if he makes mistakes sometimes. Celeste and Jack could start bonding over their kids, which could lead to opening up and bonding about other things as well.

Last year, Peter Bergman spoke to Michael Fairman about Jack’s dismal love life. Jack can never seem to find an age-appropriate woman to love him back, and Bergman didn’t have high hopes about that changing. “I think that would be a swell thing, but that would be a daytime show investing in an actress that is over 40 years old,” Bergman said. “They have done it, but it’s a rare thing.”

Has Y&R finally taken the leap? There’s no word yet on how long LaRue will stick around, but it’s worth noting that she’s 52. Celeste just might be the prime candidate to win Jack’s heart. Let’s hope Y&R leaves “Likey” alone and pushes Jack in a brand-new direction. You can catch Celeste starting June 26.

Would you like to see Jack and Celeste get together? Are you hoping Michael and Lauren’s marriage stays intact? The Young and the Restless spoilers say some great drama’s brewing no matter what. We’ll give you updates as other Y&R news comes in. Stick with the CBS soap and don’t forget to check CDL forget to check CDL often for the latest Young and the Restless spoilers, updates, and news.