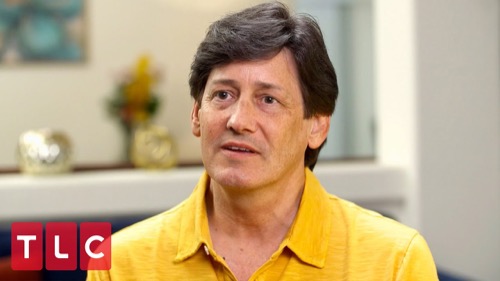 David is excited that he finally gets to prove Lana exists. He drinks some water before watching the footage because Lana is so hot. When everyone sees Lana they scream. He tells them all to calm down, she has always existed. David reads several tweets about how Lana may be using him or she may just want him to buy her make-up. David shares that he doesn’t care if he is being used he just wants to be with Lana. He shares that Lana has agreed to marry him and sign a prenup first.

Ed and Rose take a look back at their trip together when he shares he doesn’t want kids and Rose tells him it is over. In the past clip, Ed heads back to talk to her but she is gone. Ed shares that at that moment he was just sad over failing at another relationship. One fan tells Ed he is an ass on twitter. He laughs and agrees.

Ash is in his room. He shows off his skinny jeans collection. Meanwhile, Avery prepares everyone for the upcoming clip when she confronts Ash. In the clip, he comes to see Avery with no shirt on. Everyone laughs, finding that convenient. Avery confronts him about lying about his divorce. Fans on twitter share their thoughts, calling him a malfunctioning robot when he is confronted with reality.

Yolanda sits with her daughter and reads what the internet is saying. They call her and David dumb. They then watch a clip over Yolanda after she spoke with Williams who said his aunt had died. Yolanda shares that he didn’t ask her for money surprisingly. She did ask to see a real photo of him and he never responded. She is 99% sure she will not go back to talking to him. Her daughter cannot believe there is still a 1% chance.

Darcey cooks prior to getting ready to watch past clips of her and Tom. Meanwhile, in the UK Tom is also ready. They watch a clip of Darcey with her daughters talking about her feeling empowered. Tom laughs at this. He broke up with her. Darcey reads some mean tweets. She laughs them off, calling Tom a jackass when they show a clip of him leaving. He clarifies that he is headed to see his new girl Sharon. Darcey makes fun of his skull shirt in the clip. He must want to prewar everyone that he is a d#uche, Darcey shares.

Stephanie takes her dogs for a swim. She finishes up so she can go home and watch the show. Erika gets ready at home. It is the last episode she is in and will say goodbye to Steph. They both sit and watch the clip of when they decided to meet up. Erika recalls being exhausted. She also came out to her parents. Steph points out that she had to go home and had no-one to vent to. Erika reads several tweets. She shares that she is happy her relationship didn’t work out.

Ash and Avery watch the clip when he sees his son. Fans think his son is so cute. They watch as the three go and feed the ducks. Avery admits she got sucked in because of his son.

David watches a TikTok of fans learning Lana is real. He gets emotional. He recalls realizing that his neighbors were watching the show when he was. David reads tweets. He defends having to use Google Translate to talk with her. He watches a clip of Lana call him his soul mate. He also felt like she was his soul mate. He continues to get emotional. Watching older clips is draining him.