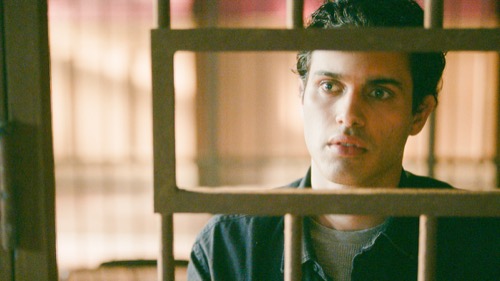 Tonight on the CW their new supernatural series Legacies air with an all-new Thursday, October 21, 2021 episode and we have your Legacies recap below. On tonight’s Legacies season, 4 episode 2 called, “There’s No I In Team, or Whatever,” as per the CW synopsis, “Hope has to relinquish control and allow Josie and friends to enact a risky plan that could save Landon; Landon and Cleo meet in Malivore’s darkness and learn more about each other; Lizzie, Kaleb and Ethan volunteer together.”

In tonight’s Legacies episode, Cleo recalls the day she learned magic. She shows Hope her memory. Hope shares with the others. She has a plan and she isn’t trying to call the shots but this could work. They all agree.

Kaleb visits Ric to tell him he lied about Landon to Hope. Ric tells him he needs to run the school fundraiser. They need money badly. Meanwhile, MG listens in to Josie and Lizzie talk about Ethan. Lizzie shares her list of what she is looking for in a guy. MG takes note.

Hope picks up Clark from the mental health facility. He owes her a favor. Landon comes to Cleo’s aid. Hope tells Ryan how he needs to let Malivore into his body. She has a plan. He isn’t up for this at all.

Lizzie flirts with Ethan at the fundraiser. After she tells Kaleb he is perfect on paper but doesn’t feel anything. Clark shows up at the school. If they pay his hospital bill, he will do it.

Clark comes face to face with Malivore who Ric and the others have chained in the school. He is using Landon’s body. Clark definitely wants to help after seeing how guilty Malivore seems. They all meet and get to work using Clark as a vehicle. It looks like it was a success so far.

MG vents to Kaleb about Lizzie and how they have grown apart. He is upset about Ethan and her.

They begin the speed for Clark. Meanwhile, Landon and Cleo walk and talk. She is upset. Malivore wants to know how to kill Hope.

Landon suggest they talk about something else. Malivore can get into his head. Cleo has an idea.

Ric talks with Hope. He understands her troubles. She loves all of these people and she is putting them in danger. She just needs to become the Tribrid and they will all be safe. Just then, something goes wrong. Clark and Malivore don’t exchange bodies/minds. Instead Malivore puts a monster into Clark.

Clark makes his way out to the movie night portion of the fundraising and turns into a monster right in front of all of them. He stands right in front of Lizzie. Ethan tries to protect her but is thrown aside. Ric grabs a bow to take out Clark if needed. Hope tells him he promised she wouldn’t hurt him. Hope takes Ric out. She is going to make the hard choices.

Landon wants to save Hope and to do this he cannot be near Cleo. He sends her on her way. They say their emotional goodbyes. As a monster, Clark holds Lizzie hostage. Kaleb tries to save her. No luck. Hope steps up next and does a spell. She saves them.

Kaleb and Lizzie have a heart to heart. Kaleb really did step it up today. Hope talks with Clark. He isn the hospital once again. He is glad he could help and that Hope kept her promise. She gives him his money and a ticket out of town. Clark hopes she kills his dad. If they don’t, he will get revenge on all of them.

Ethan wakes on the couch. He hears Landon yelling for help. Not understanding it is Malivore, he lets him free. Malivore kills him.

Ric decides he needs to come clean to Hope about Landon.