The Young and the Restless Spoilers: Danger Follows Chance to Genoa City 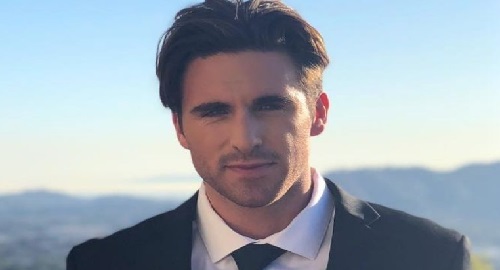 The Young and the Restless (Y&R) spoilers tease that danger could follow Chance Chancellor (Conner Floyd) to Genoa City, so Devon Hamilton (Bryton James) may refuse to let Dominic Newman-Abbott-Chancellor become a target.

Abby Newman-Abbott-Chancellor (Melissa Ordway) managed to track Chance down on an island off the coast of Valencia, so she’ll soon show up to see Kim Dunaway (Roxanne Hart) and get some answers. It’ll be hard for Abby to understand why Chance didn’t allow Kim to contact her, but Chance himself will appear and explain.

Chance will insist Kim would’ve been putting Abby in terrible danger if she’d gotten in touch. After Abby enjoys a tearful reunion with Chance, he’ll share the story of how he survived and went into hiding. Kim is an old friend and former medic who treated Chance like a son back when they first knew each other.

Chance knew Kim would do anything for him, so he trusted her to hide him and keep his survival under wraps in the aftermath. However, it was confirmed that the safe house was bombed because of Chance, who was targeted along with his colleagues.

Killing Chance and those connected to him was the goal, so what’s changed? If the enemy found out where Chance was in Valencia, what’s to stop them from targeting him back in GC, too? They may be even more determined knowing Chance escaped the death they had in mind for him.

Christine Williams (Lauralee Bell) might receive word that the threat’s been eliminated through other agents, but she can’t be certain of that. The threat was massive enough for a bombing, so there could be plenty of people involved and ready to finish the job once Chance returns to Genoa City.

Despite Chance’s presumed demise, Devon has been furious with him for accepting this dangerous mission and keeping items around that could identify him. Chance had the watch he inherited with Philip Chancellor engraved on it – and even wearing his wedding ring was a bit risky.

Y&R spoilers say one of Devon’s first questions once Chance comes back may be about safety. Will Chance be putting Abby and Dominic’s lives at stake through his return? Devon might worry it’s just a matter of time until the Chancellor mansion blows up next!

This could add to the inevitable tension that’s brewing between bio dad Devon and Chance, who is Dominic’s the legal father. Abby may end up caught in the middle of the feud, so we’ll pass along updates as other Y&R news comes in.