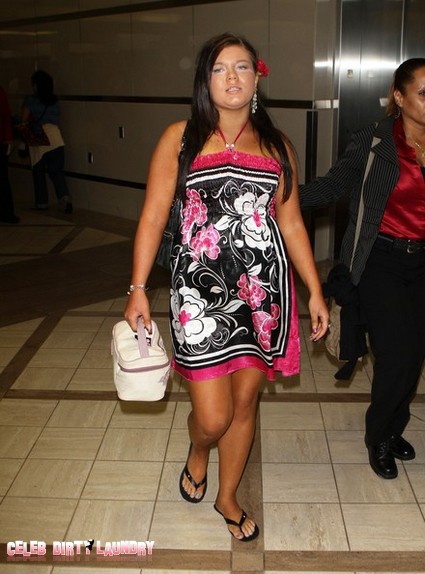 The truth has come out about why Amber Portwood is spending another Christmas in jail. A police report reveals that the ‘Teen Mom’ star was in possession of 35 hydrocodone pills which are known by some as the new hillbilly heroin, supplanting oxycontin for that title.  Of course Ms. Portwood did not have the required prescriptions for most of these narcotics and blamed the housekeeper for throwing them away.

Amber was arrested on December 19 on a drug possession charge as well as a probation violation for failing to provide urine samples to be tested.

According to an affidavit given by Sgt. John Branson of the Anderson Police Department, the probation department visited Amber’s home on December 16 because she had missed her probation appointment that day and police reported her to be “very groggy.”

TMZ got a hold of the police report in which Sgt. Branson goes on to explain that the probation officers found a number of prescription pills (all mixed together in one bottle) and Portwood could not provide a script for majority of them – saying “her housekeeper throws all that kind of stuff away.”

Amber’s personal pill collection contained had 32 of one type of hydrocodone pill, 3 of a different type of hyrdocodone, 6 Soma pills, 2 of another muscle relaxer, and then 1 pill they were unable to identify.

To read more details about the police report click here  Amber remains in jail and is due to face the judge on Friday, January 13. Is that lucky or what?