Jennifer Lopez Ran Off Stage Crying After Singing about Love 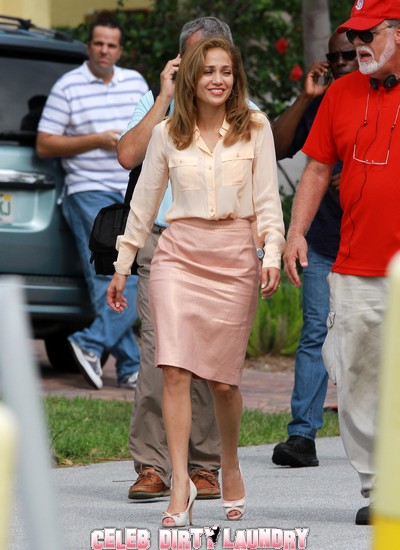 Jennifer Lopez, 41, was performing at the Mohegan Sun Arena’s 15th anniversary celebration when she sang the song  If You Had My Love.   As she started the song she told the crowd at the concert it was the first song she had written about love.  After singing the song acoustically she ran off the stage sobbing.

After years of rumors and speculation of the state of their marriage Jennifer and hubby Marc Anthony split up after seven years of marriage in July 2001.   She told the crowd a lot has changed since she wrote her first love song.

Radaronline has more: As she sang, pairs of dancers appeared in spotlights around her. One couple had a P. Diddy look-alike with the female dancer wearing a copy of her infamous slit-down-to-the navel Versace gown. Another had the male dancer mimicking Cris Judd with the girl in jeans and a T-shirt, while another pair had the girl wearing a seafoam green gown on the arm of a Ben Affleck double. Most telling was the dancing couple who recreated Lopez and Marc Anthony during their sizzling American Idol performance last May, just weeks before they announced their split.  “At the end of the song she started sobbing and had to take a few moments to keep it together.   She held it together for one song but then ran offstage crying.”

Jennifer came back on stage but it was really sad and the crowd felt bad for her.  At the time of her split from Marc Anthony her rep said it was a difficult decision for her and obviously she is still getting over it.  Meanwhile rumors have been circulating that she is seeing Bradley Cooper and that it is the first time since the split that she has decided to go with the flow.   I am not sure if Bradley has much of a chance clearly she is still carrying a torch for Marc.