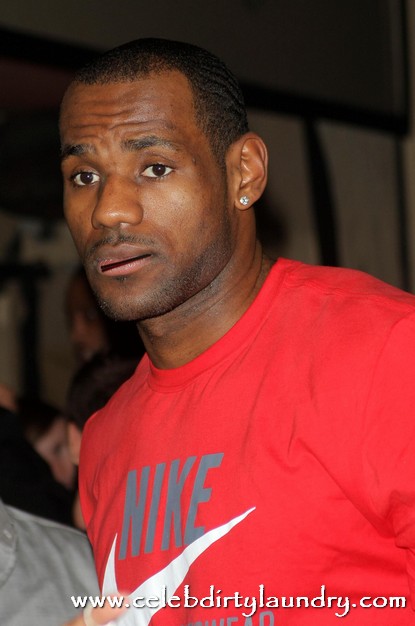 Gloria James, LeBron James’ mom, was arrested around 4 a.m. this morning after what she explains as a “”minor verbal altercation” with a valet.   This all went down outside of the famous Fontainebleau Hotel.  Gloria, age 43, was partying earlier that night at LIV nightclub with some friends, and asked valet to pull her car up.   According to cops, the valet says he got Gloria’s car and put it on the valet ramp, while Gloria and her friends stood around for about a half hour talking to people, until eventually the valet turned the car off.

Gloria then approached him saying, “”Where are my f**king keys,” and other profanities. She then proceeded to slap him with an open hand across the right side of the face. The valet went straight to the hospital after the altercation.   The valet, named Rockfeller Sorel, has admitted to being completely humiliated and said, “I need justice.”  She had slapped him so hard that she lost her balance and fell to the ground.

The Miami Beach PD released a statement saying, “Mr. Sorel Rockfeller, a hotel valet worker, claimed he was assaulted by Ms. James, who was angered because her car was taking too long to be delivered. Several witnesses supported Mr. Rockfeller’s account of what occurred. Both Ms. James and the driver of the vehicle were initially uncooperative with the investigating officer.  Ms. James was apparently intoxicated as she had bloodshot eyes and a strong odor of alcohol on her breath. Ms. James was arrested and taken to the Miami Beach Police Department where she was processed, issued a Promise to Appear and subsequently released.”

Reporters caught up with LeBron after his Miami Heat practice, where he gave a statement saying, “You have to move forward … It is my life and there’s certain things you have to deal with. You try not to let it be a distraction. I have a job to do, still. It’s very sensitive because it’s your mother. Of course to have an incident, it’s very sensitive. But the people around me are helping me.”

Just when we thought the James family was done creating drama…