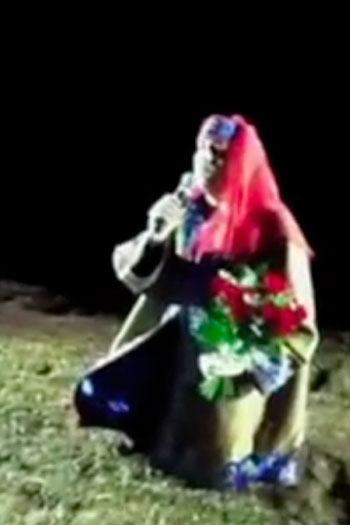 In a grandeur fashion Celebrity Dirty Laundry’s own “Mr. Hollywood” Shannon Rose proposed to his now fiancé in a way only he would.  At Arabian Knights in Orlando, FL, his unsuspecting girlfriend Amber Brown was called to the arena floor where she thought she would be interacting with the act.  What she was about to find out would change her life forever.

On the other side of the arena, dressed in full Arabian garb, “Mr. Hollywood” Shannon Rose rode up to Amber on horseback.  He approached her, knelt down on one knee and in front of a few thousand people, proposed to her.

With the crowd cheering, Amber proudly accepted his proposal, and they rode off happily ever after.

The wedding details are being discussed and plans will be made for what will be a star studded, red carpet wedding event .

You can watch the entire proposal by visiting this link