Not Nice! Paris Hilton Kicks Linday Lohan When She Is Down 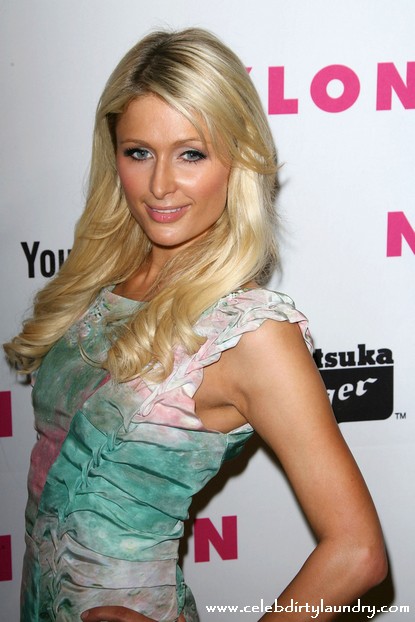 Poor Paris Hilton I guess the media is not paying enough attention to her.   So to get a little attention she has to resort to taking nasty shots at Lindsay Lohan.  Paris was taping her new reality show for Oxygen “The World According to Paris” in the segment she is at a homeless shelter and a homeless women mistakes her for Lindsay Lohan and Paris is not happy!

TMZ caught it on tape, the women comes up to Paris and says “Can I have those earrings?” Paris replies, “I will give them to you for Christmas” and takes them off and puts them on the women’s ears.  and the women says “I’m going to give them to my sister when I get back to Oklahoma and tell her Lindsay gave them to me” and then she says “You’re suppose to be in rehab” LMAO it was so funny.

Paris was not thrilled and replied “I’m not Lindsay, if I were Lindsay I would be stealing these earring not giving them to you.”

WOW not nice talk about a case of the pot calling the kettle black.  Coke head Paris has had troubles of her own and has actually said how nice Lindsay is and how she supports her.  I am thinking she is not getting enough attention for her new reality show and bashing Lindsay will get her name in the news.  What a dimwit!