Reggie Bush’s Mom Tells Him Not To Take Kim Kardashian Back! 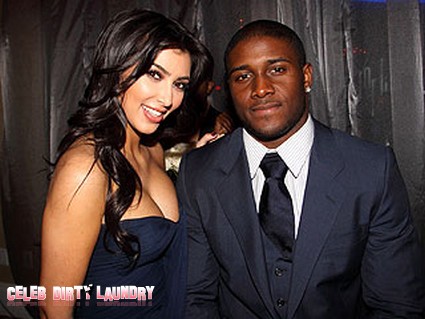 Kim Kardashian, 31,  who filed for a divorce from her husband Kris Humphries after just 72 days of marriage is said to be turning to her former flame Reggie Bush for some TLC.  When Reggie dropped the news to his mom Denise Griffin she was not pleased.  Denise urged Reggie not to take Kim back!  She is sure that Kim has ulterior motives and does not want to see the two of them hook up again.

National Enquirer reports:  “For Reggie’s sake, Denise put on a smiling face when he dated Kim in the past, but she was never a fan of her or any of the Kardashians,” confided a friend.  Denise was hor­rified when Reggie first brought Kim home to meet the family in late 2007 because it was after her infamous sex tape with ex-boy­friend Ray J hit the Internet. Momma Bush wants her son to set­tle down with a wholesome, religious woman who’s out of the spotlight.

“Denise wants nothing to do with the Kardashian name or fame, and she made that clear to Reggie over dinner one night when he told her Kim had reached out to him.   She told Reggie not to take her back and added, ‘She’s NO good for you!’”

Rumor has it that Reggie is a momma’s boy and if he does not convince Denise that Kim is worth it, Kim can just give up now.  What do you think should Reggie take Kim back?  Sound off in the comments below.  If I were Reggie I would be listening to my dear mother who seems to know exactly what she is talking about.  Why would Reggie want to get caught up in the KarTRASHian net again?