Sarah Palin Terrified By Her Own Stalker 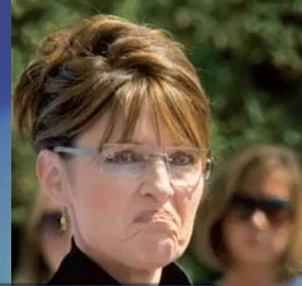 Sarah Palin believes her stalker still poses a very serious threat and now she’s appealing to a judge not to lift the restraining order against him because she’s afraid he’ll attack her family.  Sarah just filed new legal documents in Alaska in which she explains how she and her friend Kristan Cole are “fearful” of what could happen if Shawn Christy is legally permitted to travel to Alaska.  Christy claims he intends to travel to the Palin’s home state in the near future.

The papers were filed in response to Christy’s recent attempts to dissolve the restraining order that was placed against him in October after several “threatening messages” towards Sarah surfaced online and were attributed to him.

Last year Judge Colleen Ray issued a 20-day protective order against the then 18-year-old McAdoo, Penn., man after Christy sent Palin an e-mail informing her that his plane had landed in Alaska.  Testifying by phone during that inquiry, Palin said “Bottom line, he is crazy and could kill me,” according to the court transcript.

Sarah claims she is still scared — insisting Christy has continued to demonstrate “menacing behavior” and “poses a risk of serious physical harm or injury to Ms. Cole and the Palins.”

Christy is a crackpot who believes Sarah randomly began to send him “ominous” text messages last year.  Of course Christy and Sarah have never met making it highly unlikely that the 19 year-old Pennslyvanain’s claims are true.

The judge is expected to make a ruling on the matter in the next few days.