The Walking Dead Returns This Sunday – Finally It’s Back! 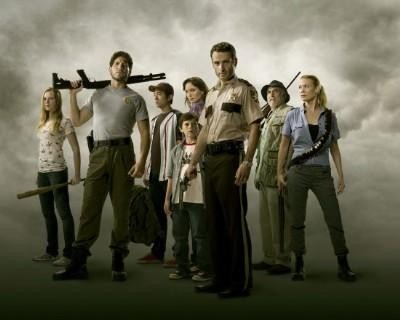 If you are like me and dying to see the new season of The Walking Dead – have no fear because it returns this Sunday!!  And it won’t be the disappointing 6 episodes this time around, but a whopping 13!!  Woohoo!!!

Jon Bernthal, who plays Shane, dished on what fans can expect:  “They’ll always be a threat (the zombies), but it’s a manageable threat – what will prove to be the real danger for this group of survivors is the evilness that exists in the human condition, like jealousy and rage and shame and guilt…human beings will make decisions that will prove far more dangerous than any zombie.”

Yikes.  If you recall from last season, Shane’s character was involved with his best friend Rick’s (Andrew Lincoln aka yummy cop man) wife Lori (Sarah Wayne Callies) before they discovered he wasn’t dead.  Rick was more than alive; he countlessly proved himself to be quite the hero among the group, saving the gang on more than one occasion.  Zombies Shmombies – let the drama unfold!

Make sure to tune into AMC this Sunday, the 90 minute episode is meant to be amazing – effects included!  Bring on the zombie gore, and let the character’s inner turmoil and struggles unfold!